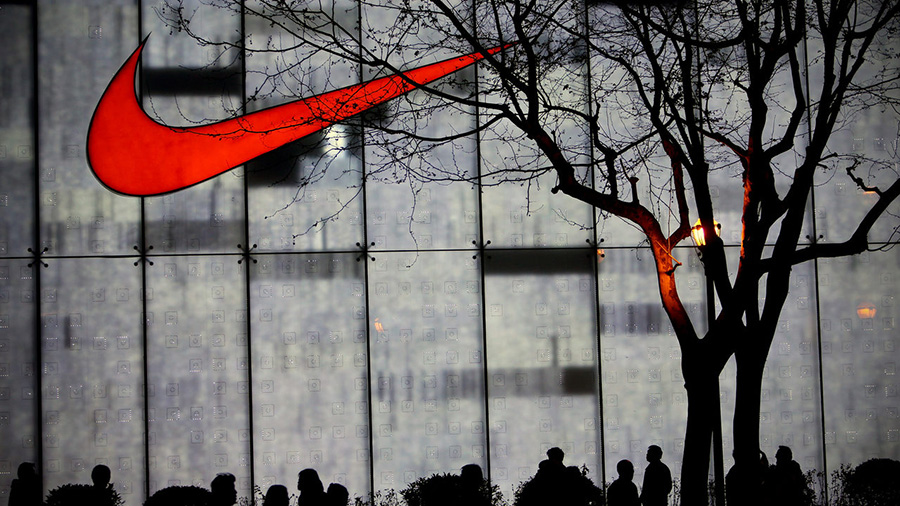 Nike Inc.’s ability to connect in multiple ways—with existing consumers and with new marketplaces, across supply chains and across sports—is helping the company continue to grow its top line amid external headwinds and remain on pace to hit $50 billion in revenue by 2022.

During his comments with analysts on Thursday afternoon’s earnings conference call, CEO Mark Parker gave the usual executive recap of the quarter, but he also outlined the company’s three catalysts for current and future growth—innovation, direct and speed.

But connectivity was a constant theme throughout each of those drivers. That’s the secret to Nike meeting not only its own lofty goals but those that customers and investors have placed upon it.

As Parker explained, the company’s aspiration for connectivity includes the following: digital connections with consumers on such tools as mobile apps; marketplace connections with entire regions such as China and particular sports such as basketball; supply chain connections centered on strengthening inventory management and speed to market; and emotional connections through powerful messaging.

Before digging into Parker’s commentary on each, a quick earnings recap for context.

For the fiscal year, net income increased to $4 billion and diluted earnings per share was $2.49, driven by strong revenue growth, gross margin expansion, a lower average share count and a lower tax rate, which was partially offset by higher selling and administrative expense.

“Nike delivered strong results in fiscal year ’19 … ,” Parker said in his opening comments on the call. “Our results are further proof that the demand for sport performance and athletic lifestyle product is thriving and our consumer direct offense is capturing more of that opportunity every day.

“What’s most exciting is that we delivered broad-based growth through our complete portfolio. We saw that balance across our geographies, men’s and women’s and key categories.”

Parker and CFO Andy Campion broke down the foundation for these strong results—connection. Here’s an overview of how it played out for Nike in the past fiscal quarter and year, as well as what’s to come.

“In digital, we know we’re just getting started. Nike is accelerating our digital advantage and that focus led to 35 percent digital revenue growth.”— Mark Parker

As customer demands change, Nike is working to meet them, to connect with every one of its consumers, at each and every digital touchpoint. Parker said Nike’s investments in digital capabilities “are enabling us to identify and better serve our members personally, which is driving higher consumer lifetime value.”

The company passed 170 million total members in the Nike Plus ecosystem, which is ahead of the pace Nike projected at the most recent investor meeting. And the Nike app posted triple-digit revenue growth in Q4; look for even more explosive growth in the first half of Fiscal 2020 as the app launches in China, Parker said.

What’s more, the Nike app at retail links mobile features with physical retail experiences. It is live in more than 30 doors across the U.S., U.K. and France, which more doors—including select factory stores—getting added in 2020.

And Nike in Q4 launched Nike Fit, which scans a foot through a smartphone camera or in-store experience to provide better footwear sizing, all with the hope of Nike becoming more embedded with its customers.

“We added more than $1 billion of incremental growth in the geography over this past year. We are and remain a brand of China and for China. Nike is proud of the investments we’ve made and the relationships we’ve developed in energizing this marketplace. We’re confident that we will continue to grow sport and our business in China for decades to come.” —Mark Parker

Nike’s revenue in Greater China grew 22 percent on a currency neutral basis in Q4, the 20th consecutive quarter of double-digit growth there. The company saw broad-based growth across men’s and women’s performance in sportswear, with digital growing 37 percent in China during the quarter.

The company projects continued strong growth in China in Fiscal 2020 as Nike continues to build “deep and meaningful relationships with the Chinese consumer,” Campion said.

“We’re investing in our local team and talent, creating products specifically designed for the Chinese consumer, sponsoring China’s top athletes, federations and team and working closely with the Ministry of Sport and Education to fuel the passion for increasing participation in sport and fitness in China,” Campion said. “On that note, we’re excited to amplify consumer’s passion for basketball around the FIBA World Cup coming to China in Q1.”

“Speed remains an incredible opportunity, and we’re well on our way towards cutting our product creation cycle in half and we’re investing in responsive manufacturing, connected inventory and optimizing data to capitalize on real-time consumer demand.” —Mark Parker

Nike remains committed to building up its data and analytics capabilities, digital demand sensing and connected inventory “to create a supply chain that anticipates and responds to shifts in consumers’ demand quickly,” Parker said

In the first quarter, Nike placed RFID (radio-frequency identification) in nearly all Nike footwear and apparel.

“RFID gives us the most complete view of our inventory that we have ever had,” Parker added. “It’s quickly becoming the most precise tool in our arsenal to meet an individual consumer specific need at the exact right moment. We will go live with this capability in Q1 across 20 Nike Direct stores and then continue to scale across the fleet.”

The last year saw Nike make waves with the 30th anniversary of its Just Do It campaign. The 2018 version, which debuted in September during the opening weekend of NFL, featured Colin Kaepernick and the tagline of “Believe in something. Even if it means sacrificing everything.”

The campaign received much backlash but perhaps even more support, as the company’s stock and favorability improved in the weeks and months after debuting. In Fiscal 2019, Nike’s Just Do It campaign generated 1.5 billion consumer engagements, Parker said, with Google search volume for the words “Nike” and “Just Do It” spiking more than 100 percent.

More recently, the company has been connecting with fans through its “Dream Crazy,” “Dream Crazier” and “Dream With Us” ads that feature famous athletes such as LeBron and Serena but also unknown, inspirational amateurs like a wrestler born without legs and an Ironman who overcame brain cancer. Nike’s ability to win hearts and minds through ads remains unparalleled in the active lifestyle space.

Although Nike missed Wall Street’s profit expectations for the first time in 27 quarters, reaction to the company’s financial performance was mostly upbeat because of the company’s commitment to strategic investments which might cause some short-term pressure on margins and profitability but are sure to propel Nike’s top line—and eventually its bottom line.

Sam Poser of Susquehanna Financial Group LLLP wrote in a note to investors: “NKE is stepping up investment into various areas and capabilities, including digital and supply chain, which is negatively impacting gross margin and raising SG&A levels. Investments in supply chain trimmed 30 bps from 4Q19 gross margin. However, we believe the investments are a prudent use of resources and necessary to sustain continued momentum.”