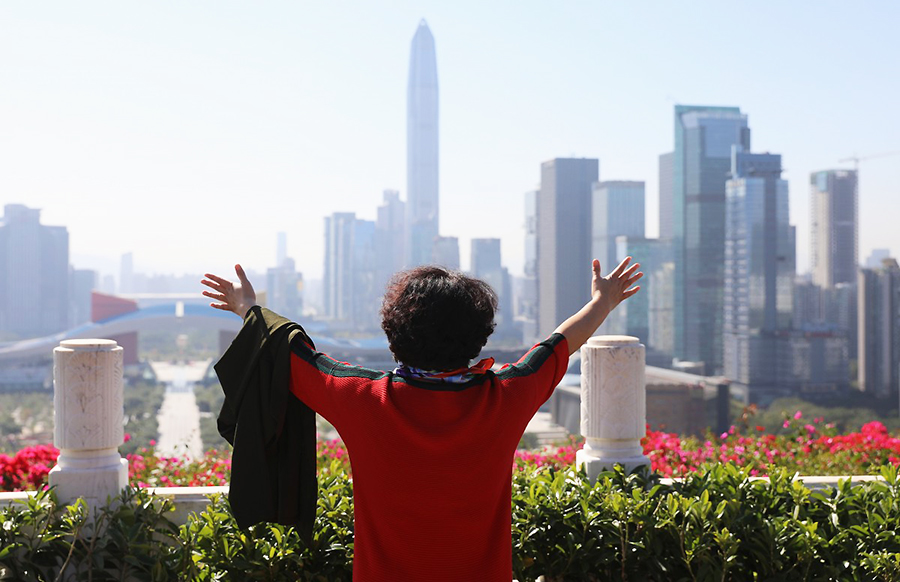 Illustrating the challenges embracing free speech and avoiding taking a political position, Nike, Vans and the National Basketball Association (NBA) have all found themselves facing potential boycotts this week after getting caught in the middle of the Hong Kong protests.

In Vans’ case, “a small number” of submissions were removed from a sneaker design competition, including one alluding to the Hong Kong protestors. Van’s decision to withdraw the proposed design met outrage on social media. A number of posts were accompanied by the hashtag #boycottVans.

Nike, as the exclusive on-court apparel provider for the NBA as well as the dominant global basketball footwear company, was pulled into the conflict by a public relations nightmare faced by the league.

That set off a firestorm as China’s state-run news outlets and tightly controlled social media platforms sharply criticized the NBA. Broadcasts of NBA pre-season games that were airing in Shanghai were suspended, Alibaba and JD.com, China’s largest online retailers, pulled Houston Rockets merchandise from their online stores and NBA’s Chinese partners suspended ties with the league.

Among sporting goods companies in the country, Anta Sports, which in 2014 became the official marketing and merchandising partner of NBA China, suspended contract renewal negotiations with the NBA.

“In response to the recent comments made by the Houston Rockets and NBA executives, we are as shocked and dissatisfied as the Chinese NBA fans,” reads a translated statement from the brand. “Anta firmly opposes and resists all acts that harm the interests of the motherland, and we will immediately stop renewing negotiations with NBA companies.”

Morey’s tweet was in direct response to the recent protests in Hong Kong, sparked by a proposed law that would have allowed fugitives to be extradited from Hong Kong to China. Some believe that the law could threaten Hong Kong’s autonomy from China.

Nike was first caught up in the Hong King-China conflict in June when it canceled its Undercover Daybreak collaboration in China after a social media post in support of Hong Kong made by designer Jun Takahashi. But any fallout that would reverse the NBA’s popularity in China would be a blow to Nike’s growth plans in the region.

Nike generated more than $6.2 billion in sales in Greater China last year, and the region has been Nike’s fastest-growing for more than a year. In its fiscal first quarter ended August 31, Nike Brand sales in Greater China climbed 21.8 percent to $1.68 billion and advanced 27 percent on a currency-neutral basis. EBIT in the region expanded 33.3 percent to $669 million.

“The brand has been so hot over there, one hiccup could spell problems” for the entire investment case, Brian Yarbrough, an analyst at Edward Jones, told the Financial Times.

Nike hasn’t directly addressed its role in the Hong Kong conflict, but in the past has continually stated that its support from Chinese customers remains steadfast.

At the company’s annual meeting in mid-September, officials were asked about the risks of any anti-American sentiment in China, although the question concerned fallout for the trade war, not the Hong Kong protests. Hong Kong’s anti-government protests began in June over a since-withdrawn extradition bill, but have grown increasingly violent in recent weeks.

Mark Parker, CEO, told shareholders that Nike had just wrapped up its 20th consecutive quarter of double-digit growth in China, and the country remains “one of our greatest growth opportunities.” He believes Nike benefits from having built “a brand that is of China for China” rather than as a U.S.-first brand as well as establishing a “really strong foundation” in the country over the past few decades. Other factors supporting growth in China include product innovation that is resonating with Chinese consumers as well as strong partnerships with WeChat, Tmall and others.

Andy Campion, EVP and CFO, echoed those sentiments. Campion said, “We found the best risk mitigation is to stay authentic and authentically focused on the consumer in China. And maybe most importantly, to fuel greater sport participation in China, that’s also a goal of the government. And, so, we’ve been partnering very closely with the government to continue to fuel and increase sport participation with the ultimate goal being just a better life for the consumers that we engage within China.”

In a note, Susquehanna Financial Group analyst Sam Poser wrote that concerns about an impact on Nike from the NBA were “overblown.” “Proprietary checks indicate that the Nike brand in China remains exceptionally strong; Chinese consumers perceive Nike as a global athletic brand, not associated with any country or part of the world,” Poser wrote.

“Management has noted in the past that the philosophy since Nike began selling product in China has been to be ‘of China, for China’ vs. strictly being a U.S. brand looking to capitalize on the growth of the Chinese consumer,” added Poser. “The philosophy has worked, as Nike has continued to thrive in China.”

Nike’s aversion of the Hong Kong protest comes as Nike has come out strongly on other issues, including its move to feature Colin Kaepernick as the face of an ad campaign, although speaking up about domestic issues tends to be less controversial.

“Athletes and coaches have spoken with impunity about civil rights and inequality when it comes to things happening in this country,” Andrew Brandt, a sports law professor at Villanova University and a former Green Bay Packers executive told the Financial Times. In contrast, he noted, there had for the most part been “silence” about the Hong Kong protests.

Under Armour, which has sent its star NBA endorser Steph Curry on tours of Asia to help it gain traction in basketball, also faces risks.

On Thursday, The New York Times said the Chinese government abruptly moved to lessen public anger at the NBA as concerns spread in Beijing that the rhetoric was damaging China’s interests and image around the world. Some risks included a resolution of the trade war with the U.S. and a backlash that could hurt China’s image among sports fans ahead of the 2022 Winter Olympics near Beijing.

At Vans, one design for its annual Custom Culture Competition from a Canadian contestant this past weekend was far and away from the top vote-getter before Vans removed it from the competition.  The design featured a red bauhinia, the flower on Hong Kong’s flag, and one of the yellow umbrellas synonymous with the city’s 2014 pro-democracy protests. Illustrations on the sneaker’s side depict a crowd of protesters wearing gas masks, goggles and hard hats.

Vans removal led the calls by protestor supporters for a boycott of the company’s products. Some posted images of Vans’ sneakers being burned or trashed.

In a statement posted on Facebook in Chinese and English, Vans said, “As a brand that is open to everyone, we have never taken a political position and therefore review designs to ensure they are in line with our company’s long-held values of respect and tolerance as well as with our clearly communicated guidelines for this competition. Based on the guideline s of the global competition, Vans can confirm that a small number of artistic submissions have been removed.”

Some users implied that the decision contradicted Vans’ history as a skateboarding brand rooted in youthful rebellion. Satirical posters changed the brand’s slogan, “Off the Wall,” to instead read “Lick the Great Wall.”

Sneaker chain Dahood, which operates several Vans franchises in Hong Kong, wrote in a Facebook post October 5 that it was suspending operations at three locations in the city “until further notice” because of “the controversy caused by the Custom Culture design competition held by Vans worldwide.”

Dream Sneaker HK in Kwun Tong, a district in East Kowloon in Hong Koing, removed its entire stock of Vans products, and a spokesman told the South China Morning Post the company was prepared to take a loss.

“We understand it’s a commercial decision for them and we will make one in response. What’s the point in life if we only calculate things by monetary value?” the spokesman said.

Like many of VF Corp’s other brands, Vans is expecting its most robust growth in the years ahead to come from China. At VF’s recent Investor Day, Vans’ officials forecast the revenues in the APAC region, led by China, will expand at a 19-to-20 percent CAGR (compound annual growth rate) over the next five years. The APACA region currently represents only 13 percent of Vans’ sales but is expected to reach 18 percent by fiscal 2024.

At the meeting, Vans’ growth potential in Asia was underscored by a chart showing two primary competitors, presumably Nike and Adidas, having significantly more stores across the region. One has 17 times more stores, and the other ten times more. The chart also showed that Vans has only 50 percent aided brand awareness across Asia versus about 90 percent each for its two largest competitors. Said Doug Palladini, Vans’ president, about China, “We are nowhere close to our biggest competitors in awareness in this must-win country, and we will get there. All of that white space is future growth for our brand.”

Nike and Vans Vans joins a growing list of companies that have faced criticism from Hong Kong and Chinese consumers for taking perceived stances on the protests. The list also includes Apple, Starbucks, Levi Strauss, Versace, Coach, and Givenchy.