Cabela’s executives said they will more than double their store expansion plans in 2014 after watching their next-generation stores continue to outperform larger legacy stores in the third quarter on sales per square foot, and profit per square foot basis. The announcement was overshadowed on Wall Street, however, where jittery investors focused instead on the company’s shrinking online sales. By the end of Friday, investors had driven down CAB’s stock price 16.5 percent.


Both news items were disclosed Thursday, when CAB reported that its total revenues increased 9.2 percent to $741.2 million during the quarter ended Sept. 30. The Nebraska-based hook-and-bullet retailer said its same-store sales increased 3.9 percent as sales increased in 27 or 32 comp stores. Excluding firearms, comp store sales increased 1.6 percent. Average ticket increased nearly 5 percent.
CEO Tommy Millner used the earnings announcement to also report that CAB’s   board of directors had approved a plan earlier this month to open eight next-generation stores in the United States in 2014, up from the three previously approved. The company has already committed to opening six new domestic next-gen stores, one new Canadian next-gen store and two Outpost stores next year.
“The highlight of the quarter was the excellent performance of our new next-generation stores, which bodes well for our future,” said Millner. “The eight next-generation stores open for the full quarter outperformed our existing legacy store base in sales and profit per square foot by a wide margin. Additionally, same store sales from our next-generation stores exceeded the performance of our existing stores by several hundred basis points.”
CAB opened its newest next-generation stores in Charleston, WV and Rogers, AK and opened its first Outpost store has opened in Union Gap, WA in early October.
CAB reported that merchandise gross margin increased 130 basis points during the quarter to 37.2 percent – the highest in eight years. Greater sales of Cabela's branded products, improved in-season and pre-season planning and greater vendor collaboration more than offset a 60-basis-point margin headwind from strong sales of lower margin firearms and ammunition.
Retail store revenue increased 15.8 percent to $456.0 million, but direct revenue decreased 6.7 percent to $196.8 million due to weaker demand for clothing and footwear and a 300 basis point reduction in revenue from the absence of shipping income due to a CLUB Visa free shipping offer. CEO Tommy Millner said the promotion boosted sales but not gross margin dollars due to shipping costs. Still, CAB will continue the promotion through the current quarter to evaluate its impact.
“Part of what we are going to be analyzing in the fourth quarter is, did the customer that signed up for the card just do it to get that one free shipping offer, and they are not going to use their card three weeks later, or a month later, or two months later?” Millner explained. “Off a big promotion like this, we do not know if we are getting kind of just a deal-related customer, or whether we are actually getting a long-term, loyal customer.”
Also hurting online sales was a lull in consumer demand for apparel and footwear that started in mid-August and worsened through September. Those sales have since rebounded thanks to a cold snap in some markets and increased ad spending and online promotions, which the retailer plans to continue through the holidays.
“Weather certainly broke cold early in October, and we just saw an immediate impact on our stores in the Northwest, through the Rockies, upper Midwest, all the way to the East Coast,” said Millner.
Financial Services revenue increased 20.3 percent to $85.9 million due to higher interest and fee income and the lowest charge-off rate in five years. Average active accounts increased 9 percent.
Operating expense as a percent of revenue increased 110 basis points to 35.6 percent during the quarter, due mostly to higher pre-opening costs, increased advertising, and additional investments in IT.
Net income increased 28.5 percent to $42.8 million and earnings per diluted share increased 28 percent to 60 cents compared to the year ago quarter.
CAB ended the quarter with inventory valued at $722 million, up 11 percent from a year earlier. CFO Ralph Castner attributed the increase to new stores, as well as preparing for the fall, winter and holiday season.
“We are maintaining our favorable levels in the firearms and shooting categories, and we have improved retail in-stock level slightly,” Castner said.
Millner said CAB’s is prepared to cut prices and boost promotions in the current quarter to maintain market share during the holidays.
“Coming out of a major presidential election, and all of this talk of a fiscal cliff and just broader economic malaise, we want to make sure the customer that is shopping for hunting, fishing and camping gear comes to Cabela's,” he said.
Still, he said CAB now expects full-year 2012 earnings per share to be at the high end of its previous guidance of $2.63 to $2.68. For 2013, EPS are expected to grow at least at a low double-digit rate. 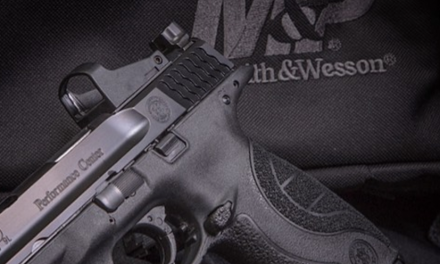