Nautilus Inc.'s profits jumped 56.3 percent in the first quarter, to $2.5 million, or 8 cents a share, marking its second profitable quarter in a row. Revenues improved 6.1 percent to  $51.3 million.

Net sales in its Retail segment slid 2.4 percent to $16.6 million, reflecting a slight order shift from Q1 to Q2. Operating income for the retail segment was essentially flat at $2.3 million versus the prior year. Retail gross margin improved 40 basis points to 23.8 percent. Said Bruce Cazenave, Nautilus' CEO, on a conference call, “While retail margin improvement is directionally positive, we expect continued challenges in this area until our action plans take effect in the second half of the year.”

On the call, William McMahon, Nautilus'  COO, said the Retail gains were led by its Schwinn Upright, Recumbent, IC, and Airdyne bikes in Q112. A resurgence was also seen in retail home gym sales, primarily with its partners in Canada. The Elliptical and Select Rise weight categories were down year-over-year in retail slightly. Looking ahead, he said the launch of the Bowflex BodyTower has seen “early strong  reviews” while fall 2012 will feature more innovation to support the growing elliptical market, as well as a new market approach in the Select Rise weight category. Said McMahon, ” We hope to restore a healthy growth trajectory to both categories with these new product initiatives.”

Bruce M. Cazenave, Chief Executive Officer, stated, “We are pleased with our start to fiscal 2012. The increased revenues and improved bottom line profitability are consistent with our stated priority of delivering sustainable and profitable growth. Our first quarter results benefited from revenue growth in the Direct channel driven by the continued success of a number of products, higher gross margins and diligent management of operating expenses for all areas of our business. Importantly, we also pre-paid all amounts outstanding under our senior notes issued in 2010 and ended the quarter with a strong balance sheet, including cash of over $20 million. This gives us the financial flexibility to make strategic investments in our business as we see appropriate.”

Cazenave continued, “We are excited about our outlook for the remainder of the year and remain confident that we are well positioned to continue to deliver improved year-over-year financial results. As part of our continuing initiative to introduce innovative new products that satisfy changing customer needs and diversify our product portfolio, we recently launched the Bowflex(R) BodyTower(TM), which is a unique, strength training product that leverages our well recognized Bowflex(R) brand. Initial consumer response to this product has been encouraging and we look forward to continuing to roll-out more new products in the coming quarters.”

Segment Results
Net sales for the Direct segment were $33.7 million in the first quarter of 2012, an increase of 11.5 percent over the comparable period last year reflecting strong demand for the Company's cardio products. The higher sales were also partly driven by increased advertising effectiveness and higher consumer credit approval rates, which rose to 30 percent in the 2012 first quarter, from 21 percent for the same period last year.

Net sales in the Retail segment for the first quarter 2012 totaled $16.6 million, compared to $17.0 million in the same period last year. The decrease in sales was primarily attributed to lower sales of certain strength products to brick-and-mortar retailers, partially offset by higher sales to online retailers. Operating income for the Retail segment was $2.3 million, essentially flat compared to the same quarter a year ago. Retail gross margin was 23.8% in the first quarter of 2012, an increase of 40 basis points from the same quarter a year ago. 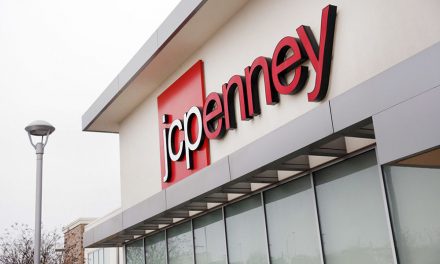