The gunmaker O.F. Mossberg & Sons has teamed with Duck Commander, the company owned by “Duck Dynasty's” Robertson clan, to release nine different shotguns, as well as two semiautomatic rifles and a semiautomatic pistol.

Phil Robertson founded his company Duck Commander back in the 70's selling duck calls to hunters. Now that the family stars in a top-rated cable-TV series (A&E) and the business has expanded from duck calls to include an array of backwoods-themed merchandise via national retailers.

Now Duck Commander has its own signature line of firearms.

“The Duck Commander franchise was built on hard work, family values and our great American heritage. As an iconic, hardworking American product, made by a family-owned company, Mossberg is a perfect partnership for our team,” Duck Commander CEO Willie Robertson said in the press release.

As part of the multi-year contract, Willie, Phil, Jase and Uncle Si will promote Mossberg firearms in the field, while Mossberg in turn develops a line of semi-auto and pump-action Duck Dynasty shotguns built specifically for waterfowl hunting. According to Mossberg’s Facebook page, the line should be available this fall.

“Mossberg is extremely proud to partner with Duck Commander to further promote hunting, shooting sports and family values,” said Mossberg CEO Iver Mossberg. “The Robertsons’ widespread appeal and ability to cross over into the mainstream has bridged millions to the traditions of hunting and sharing time in the field with family.”

The first of those weapons were sent this week to retailers Academy Sports + Outdoors and Cabela’s, Mossberg spokeswoman Linda Powell said Thursday.

The new weapons could be on shelves by this weekend or early next week.  Each will come with an American flag bandana and etched with the words, “Faith, Family Ducks”.  Prices will start at $500.00.

Founded by Phil Robertson and now run by his son Willie, Duck Commander achieved nationwide fame as the focus of the A&E reality show Duck Dynasty, which has been applauded by outdoorsmen for promoting hunting and family values, and has of course ruffled the feathers of anti-hunters everywhere.

Robertson found himself in trouble after an interview with GQ, magazine in which he compared homosexuality to bestiality and said that gays were “sinners, along with drunks and terrorists”. He said African Americans were “singing and happy” before the Civil Rights movement came along and compared Muslims to Nazis and communists. Those comments resulted in the A&E network suspending him from the show.   After receiving extensive criticism from fans and Robertson supporters, A& E reinstated him after only a few days.

Robertson issued a statement: “I would never treat anyone with disrespect just because they are different from me. We are all created by the Almighty and like Him, I love all of humanity.” 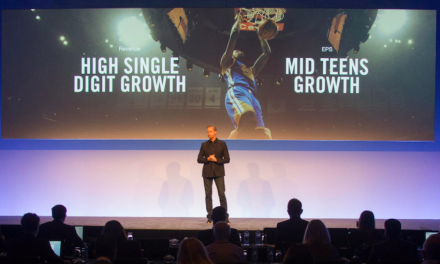