Lodging Occupancy And Daily Rates Remain Strong In The Southeast 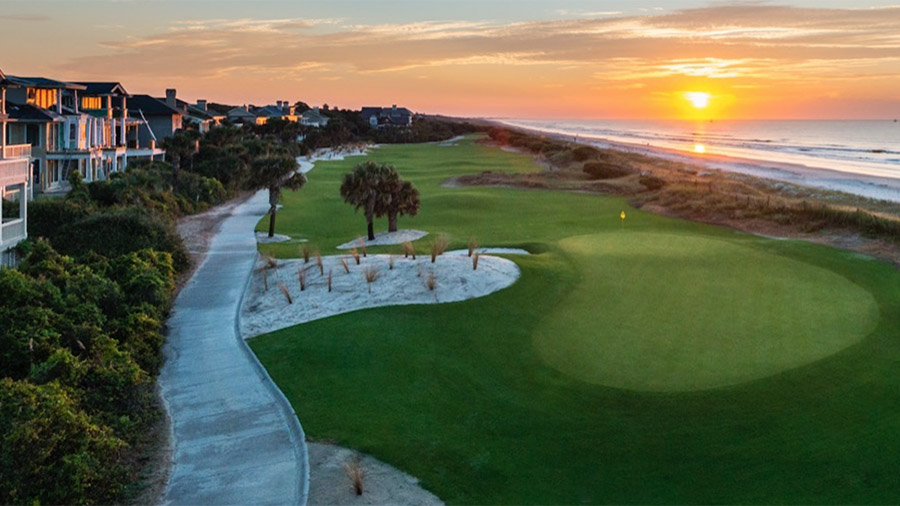 Although there has been a slight softening in the growth in occupancy and rates during the past month, participating resort properties in Florida, Georgia and South Carolina are poised to set an all-time summer record for occupancy, daily rates and revenues with only two months of the six-month summer season yet to complete.

The data was collected through June 30 and released by DestiMetrics, a division of Vermont-based Inntopia, in its monthly Market Briefing. Along with continued pent-up consumer demand, a positive marketplace and rising consumer confidence are fueling growth for the Southeast lodging sector. The only potential barrier to a record-breaking season, according to DestiMetrics, is the challenge of finding a sufficient number of employees to serve guests and the risk of a hurricane with five tropical storms named before mid-July.

DestiMetrics released their findings for the Southeast as follows:

June Results
“The Southeast has steadily and aggressively opened at this time last year so the comparisons to last year are less dramatic than the past few months, although comparisons to both last year and the two years prior are still formidable. Actual occupancy for the month of June was up an impressive 24.3 percent compared to June 2020, as of June 30, while it was up 20.1 percent compared June 2019. Year-over-year increases in rates were also reached when compared to both last year and two years ago. The Average Daily Rate (ADR) for June was up 8.6 percent to deliver an impressive 35 percent revenue increase compared to last June. When contrasted with June 2019 before the pandemic, ADR is up 16.5 percent to provide a 39.8 percent increase in revenue compared to two years ago at this time.

Full Summer Perspective
“Hesitation about booking and completing a resort destination vacation seems to have mostly evaporated this summer, although shorter-term bookings are still providing steady Incremental Fill (the number that measures occupancy change from the beginning to the end of a month). As of June 30, occupancy for the full summer season, including completed stays and those on-the-books, is up a strong 63.3 percent compared to last year at this time and up a healthy 17.3 percent compared to the record-setting summer of 2019. Gains are being posted in all six summer months from March through August.

“On the financial side of the page, the Average Daily Rate (ADR) proved resilient in the midst of the pandemic and continues to show steady growth over both last summer and the summer of 2019. The ADR is up a solid 8.1 percent compared to last year and when coupled with the higher occupancy, is providing a remarkable 76.5 percent increase in aggregated revenues compared to last year at this time. The results are also impressive when compared to the pre-pandemic summer of 2019 as the ADR is up 20.1 percent compared to that record-breaking summer season and is generating a 40.9 percent increase in aggregated revenues over two years ago at this time.”

“With four of the six summer months now officially in the bank and occupancy for the next two months continuing a steady upward trajectory, we are confident that this will be an exceptional summer for both actual occupancy, daily rates, and revenue,” reported Tom Foley, senior vice president for Business Process and Analytics for Inntopia. “At this point, there are only two circumstances that could derail the summer’s huge success. The first is the ongoing struggle employers are having to fill a variety of hospitality positions. Recent polling from Joblist revealed that 50 percent of employees who lost or left their jobs during the pandemic won’t be returning to those positions,” continued Foley. “And, one-third indicated there is no incentive that could prompt them to return to the industry.

Foley further clarified the potential challenge of staffing shortages by observing that “this huge egress of hospitality workers from the industry could be a major factor in not only lodging properties but the ability of all destination suppliers to sustain the current growth rate.”

Pivoting to the second issue that the Southeast faces every summer is hurricane season. “As always, a destructive hurricane can change the situation dramatically in a short period of time,” he cautioned.

Winter Season Carrying Summer Momentum
“Dramatic growth continues to be the trend going into the Southeast’s winter season compared to both last winter and two years ago. As of June 30, winter occupancy on the books is up a whopping 74.8 percent compared to Winter 2020/21 with ADR up 6.7 percent for the season. The combination of the growth in occupancy, along with the uptick in rate, is delivering an 86.4 percent increase in revenue compared to last year at this time. When compared to two years ago in the pre-pandemic era, winter occupancy on the books is up 64.9 percent, with rates up 16.2 percent, for a 91.5 percent increase in revenues compared to the winter season of 2019-20.

Economic Indicators
“Although remaining in the record-high territory, the Dow Jones Industrial Average (DJIA) was essentially unchanged in June, down a scant 0.08 percent. Despite the apparent stability offered by the closing day numbers, financial markets experienced some dramatic swings during the month, including a nearly one thousand point drop mid-month, but is currently nearly 9,000 points higher than it was last year at this time. In contrast, the Consumer Confidence Index (CCI) increased strongly in June, gaining 7.3 points to close at its highest level since February 2020.

“On the critical jobs front, employers exceeded analysts’ expectations by adding 850,000 new positions. That helped lure 151,000 workers to renew their job search, resulting in a slight uptick in the unemployment rate from 5.8 to 5.9 percent. The leisure and hospitality sector led the way, adding 383,000 of those new positions. Wages rose 0.3 percent in June bringing the annual total to 3.6 percent and helping consumers keep up with inflation. However, the most recent report on consumer prices showed an 0.9 percent increase during June and causing the national inflation rate to jump to 5.6 percent, outpacing wage increases and potentially putting downward pressure on consumer confidence later this month.”

“While the Southeast expected and achieved astronomical gains in April, up 537.6 percent in a year-over-year comparison, those extraordinary numbers have settled down considerably in the past two months as last year’s reopening is now accounted for in the data,” continued Foley. “And while the 63.3 percent increase this summer over last summer remains both strong and impressive, it is down from the 84.7 percent increase we reported just last month and we expect this trend to slowly continue over the coming months.”

Foley summarized the situation by adding that “while we expect slowing, we also expect that the summer will remain strong year-over-year and on into the upcoming winter. If employers can get fully staffed up and hurricane season remains reasonably tame, all the evidence points to an exceptional summer season for Southeast destinations,” he concluded.