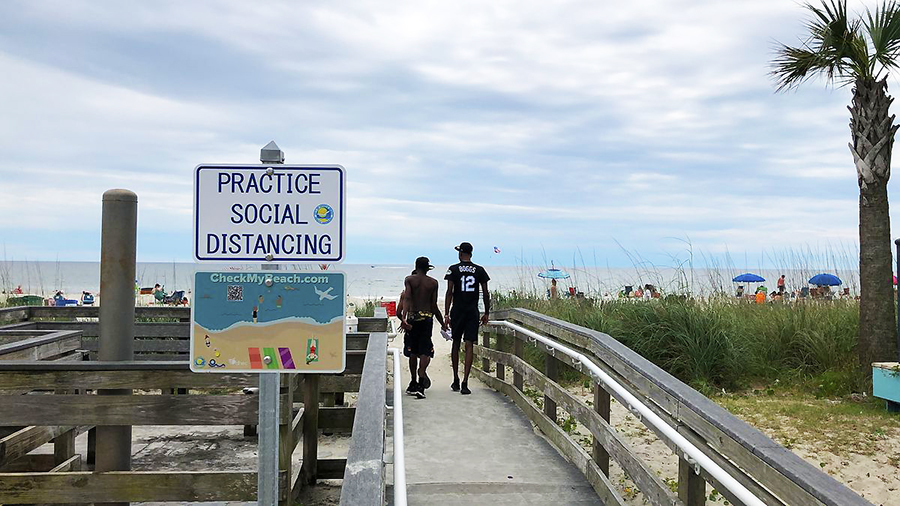 As participating Southeast destinations in Florida, Georgia and South Carolina pass the midway point of the winter season, indicators for the full six-month season from September 2020 through February 2021 are mixed.

Although the Southeast region has weathered much of the pandemic better than other parts of the U.S., including posting a strong December, indicators point to a slowdown in lodging occupancy in the months ahead according to data released yesterday by DestiMetrics, a division of Inntopia, in its Monthly Market Briefing.

Its latest data illustrates the latest trends in occupancy, rate and revenues through December 31, 2020.

In December, occupancy was up 7.1 percent compared to December 2019 with the Average Daily Rate (ADR) up 24.1 percent in a year-over-year comparison. The uptick in occupancy, combined with the increased rates, delivered a 32.9 percent increase in revenue for December compared to one year ago.

A view of the full winter season shows how strongly the Southeast region has been doing despite the worsening pandemic. For the six-month period, aggregated occupancy as of December 31 is up 3.2 percent compared to last winter with the most notable gains in September, October and December. ADR for the season is up 23 percent compared to the same time last year with gains recorded in all six months. As a result, revenues for the winter are up 26.9 percent.

“What is remarkable in these tumultuous times of COVID-19, high unemployment, sliding consumer confidence, and social unrest is how well these Southeast destination resorts are doing, particularly with regard to daily rates,” observed Tom Foley, senior vice president of Business Analytics for Inntopia. “Monthly revenues have grown for seven consecutive months starting in May, and in a year-over-year comparison, have surpassed 20 percent increases in three months and more than 30 percent increases in two of those months,” he noted.

The picture changes when looking at the booking pace in December for the upcoming months.

Bookings made in December for arrivals in December through May are down 21.9 percent compared to last year at this time. Bookings were down in five of the six months with the exception of December. Those December bookings for arrival in that month illustrate the recent growth in short-term or last-minute bookings.

The most dramatic decrease was in March—bookings for that month were down 52.6 percent in a year-over-year comparison. The Briefing did note that despite a downturn in the booking pace during December, all six months continue to show growth in occupancy compared to its November 30 report.

“The decline in booking pace along with the slowing of last-minute occupancy fill is evidence of an increasingly cautious consumer,” reported Foley. “It also reflects the influence of ongoing travel restrictions for Canadians who are faced with closed borders along the highways while also being strongly discouraged from traveling abroad. The absence of this large segment of reliable travelers along with likely ongoing restrictions on visitors from the UK, another vital market segment for the Southeast, is likely to impact the lodging industry in the coming weeks until the vaccine is more widely distributed allowing for the relaxing of travel restrictions.”

Economic Measurements
Market indicators during the month were mixed as the Dow Jones Industrial Average (DJIA) soared to record highs, unemployment remained unchanged, but consumer confidence decreased sharply as the high-flying results in markets, and consumer portfolios, were not closely aligned with the realities of the average consumer. The Dow was up 1.7 percent from November and posted its highest monthly finish on record—30,409.6 points. This strong performance was in defiance of the unemployment figures, rising cases of COVID-19 and a slow and inefficient rollout of COVID vaccinations.

And while the unemployment rate remained unchanged from last month at 6.7 percent, it does not reflect the four million workers who dropped out of the workforce this year. While the construction and manufacturing sectors added 250,000 jobs during December, for the first time since April, overall jobs decline, down 144,000 for the month. Bars and restaurants, theme parks, casinos, outdoor recreation, and the hotel industry took the biggest hit during December due to the pandemic.

The negative job news sent the Consumer Confidence Index (CCI) down another 4.6 percent in December to 88.6 points and the fourth time since April it dipped below the 90-point threshold.

“Consumers were very pessimistic about current conditions in response to the alarming surge in COVID-19 cases and deaths but remain optimistic about future expectations driven, at least in part, by the approval of vaccines and the first round of inoculations,” added Foley.

Summer Concerns
The six-month summer season for the Southeast begins on March 1. Data collected through December 31 for the first three months of the season is not optimistic. Bookings made in December for arrival in the month of March are down 52.6 percent with April down 33.1 percent and May down 49.8 percent. Overall, in a year-over-year comparison, bookings are down 21.9 percent for the full summer.

“Room rates have remained incredibly strong in the Southeast for the past few months and are outpacing other regions of the country while delivering unexpected but very welcome revenue gains in this typically slower season,” remarked Foley. “However, economic conditions are worsening, job losses are climbing and confidence is wobbling as the country heads deeper into the pandemic crisis. Despite strong performances in financial markets, we expect consumers to withdraw somewhat from discretionary purchases such as leisure travel for at least the short-term,” he concluded.