Forsell and Gage, who will report to CEO Toby Bost, will be based out of the La Jolla Group offices in Irvine, Calif.

“Eriks position solidifies our commitment to look for new ways to grow all of the La Jolla Group brands and to become the leading action sports company,” said Bost.

Prior to his new role, Forsell served as director of marketing for Lost Clothing and transitioned into director of brand development for the La Jolla Group.  Forsell has over 10 years of action sports experience and earned his M.B.A. from San Diego State University.

“Closing out 2007 with the addition of Rusty Clothing, signing Jordy to ONeill, and the explosive growth of Metal Mulisha, its an exciting time to be a part of the La Jolla Group,” said Forsell. “I am stoked.”

Gage joined the La Jolla Group in 2007 as the national sales manger for Metal Mulisha and is 15-year veteran of the action sports industry.  Gage will oversee all the sales and marketing efforts for Metal Mulisha.

“To say Im excited would be an understatement,” said Gage.  “Im thrilled to have an opportunity to grow a core underground label with the continued support of the La Jolla Group.  Metal Mulisha has an amazing group of talented people and Im very optimistic that we will continue our rapid expansion and success in 2008.”

“We are stoked to have someone with Bills experience and leadership in this pivotal role for Metal Mulisha,” said Bost.  “He will be working closely with our sales and marketing teams to foster key retail relationships and to maximize the brands marketing efforts to help Metal Mulisha achieve its continued growth.” 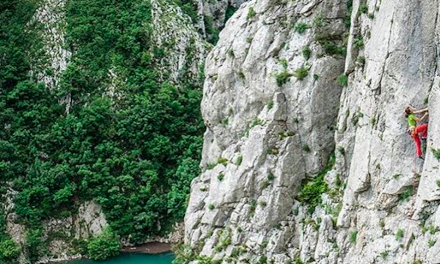 Patagonia To Withdraw From Outdoor Retailer