Marine Electronics sales grew more than 9% driven by Humminbird® and the acquisition of the Cannon® and Bottomline® brands completed on October 3, 2005, which added a combined $3.3 million in net sales to the unit during the quarter.

Watercraft sales were more than 6% ahead of the last year's second quarter results due to continued strength of Old Town® and Ocean Kayak® brands.

Outdoor Equipment revenues decreased 11% due almost entirely to a 28% decline in military sales from the prior year quarter. Consumer camping benefited significantly this quarter from first-time specialty market sales.

Net income was $4.2 million, or $0.46 per diluted share, for the quarter versus $4.7 million, or $0.54 per diluted share, in the prior year quarter. Net income and operating profit were affected by the same previously stated factors. Also, the Company incurred pretax currency losses of $0.2 million this quarter compared to pretax currency gains of $0.6 million during the same period last year. The Company's tax rate for the second quarter is favorable compared to the same period last year and consistent with expectations for the full year.

“Marine Electronics continues to be a growth engine, with our Watercraft business picking up steam as we move into the critical consumer retail season. Importantly, we are benefiting from our investments in new product innovation, with revenue growth in our core brands out-pacing the projected decline in military sales,” observed Helen Johnson-Leipold, Chairman and Chief Executive Officer. “An ongoing emphasis on disciplined cost-control measures and improved operational efficiency has helped to reduce the impact of rising commodity prices and freight charges on profitability. Our portfolio is stronger and better positioned for growth than ever, and we feel good about the future.”

Net sales in the first six months of fiscal 2006 were $179.9 million versus $181.2 million in the same six-month period last year. Excluding the anticipated $8.3 million decline in military sales, total Company net sales would have increased $7.1 million. Key drivers in the year-to-date period were:

The $8.3 million anticipated decline in military sales during the period.

Cannon® and Bottomline® brands which added $4.4 million in year-to-date sales.

Total Company operating profit was $7.5 million during the first six months compared to $8.3 million during the prior year-to-date period, which included $2.0 million in costs associated with the terminated buy-out proposal. The primary drivers behind the unfavorable comparison were:

Lower profits in Marine Electronics due to pacing of current year orders resulting in a short-term unfavorable product mix; continued weakness in Northern Tier boat markets, rising commodity costs; and increased investment in marketing, sales and R&D initiatives.
Net income for the first six months of the year was $3.1 million, or $0.34 per diluted share, versus net income of $3.7 million, or $0.42 per diluted share, in the prior year six months.

The Company's debt to total capitalization stood at 31% at the end of the fiscal second quarter versus 23% at April 1, 2005 as a result of short-term borrowings to meet higher working capital needs. Debt, net of cash and short-term investments, increased to $45.1 million at the end of this quarter versus $40.0 million at the end of the prior year quarter due to the acquisition of Cannon® and Bottomline® brands this fiscal year. Depreciation and amortization is $5.1 million year-to-date compared to $5.0 million last year-to-date. Capital spending totaled $4.0 million year-to-date, compared with $3.5 million in the prior year first six months.

“Increased working capital resulted primarily from higher-than-expected receivables from the U.S. military, along with incremental inventory associated with the Cannon®/Bottomline® acquisition. We expect to manage down both working capital and short-term debt balances as the season progresses,” said David W. Johnson, Vice President and Chief Financial Officer.

The quarterly decline in military sales is consistent with the Company's stated expectations throughout fiscal 2004 and 2005. On April 25, 2006, the Company announced the receipt of two (2) new orders for its Modular General Purpose Tent Systems (MGPTS) totaling $5.5 million. At this time, the Company expects fiscal 2006 military sales to be in the $35-$40 million range.

“The new Minn Kota® 15 amp series of battery chargers offering the highest output and fastest recharge available, with a new industrial design housing for easy drop-in mounting to enhance the appeal in the OEM channel (boat manufacturers). The new MK 230, MK 345 and MK 460 chargers are driving double-digit growth in charger sales this year.

“The Ocean Kayak(TM) Prowler(TM) series continues to grow in size and popularity, with the Prowler(TM) Big Game(TM) featuring a unique, flat foot-well area for standing or kneeling, and covered cockpit storage. The Ocean Kayak(TM) Venus(TM) 11 and the Necky® Eliza(TM) are the newest “designed for women” kayaks targeting the fast-growing female paddler segment. New products represent more than half of Ocean Kayak(TM) sales this year and more than two-thirds of Necky® sales. ” 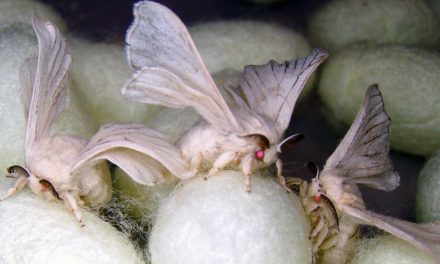