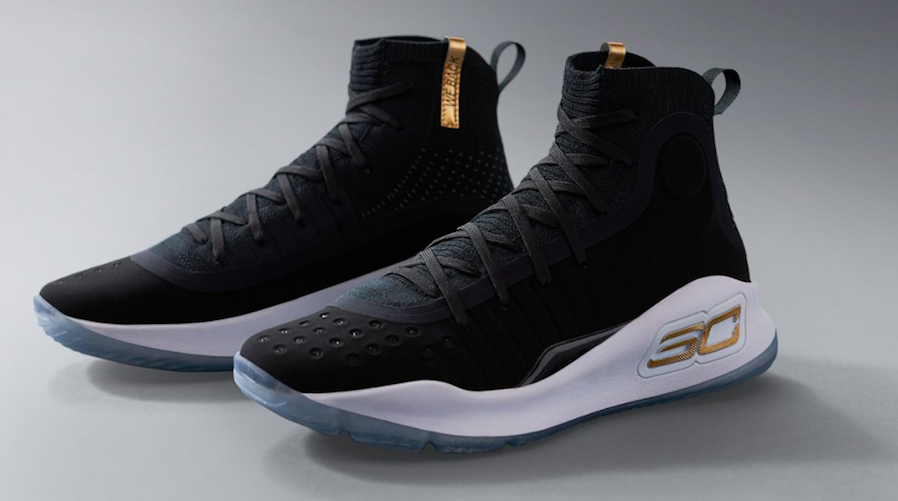 Praising Under Armour’s changes in the way it bought the shoe to market as well as signs of a slowdown by competing basketball models, analysts at Jefferies believe the Curry 4 will be a hit this year.

“Our calls, store visits, social media analysis and review of StockX pricing of Curry 4 soft launches (official launch 10/27) points to very strong buzz in the market,” Randal Konik, Jefferies’ lead analyst, wrote in a note Tuesday to clients. “With competitor products aging, we believe Curry 4 will become the #1 sneaker in basketball this year which should also help Under Armour shares rebound.”

Among the signs convincing Konik of strong demand is that the Curry 4 Championship Pack, which includes two Curry shoes, two pairs of Stance socks, a signed letter from Stephen Curry and golf divot tool, has been “impossible to get.” Analysis of pricing on StockX, the resale site, showed that the “Championship Pack” was selling for 80 percent to 100 percent premiums on the day it was released, October 17.

The “More Magic” colorway, released the previous week, was fetching markups averaging nearly 200 percent. The Curry 4 has also been hashtagged on Instagram more than 5,000 times, according to the analyst. That compares to 28,000 for #Curry3, even though Curry 4 has not officially launched yet.

Konik applauded Under Armour’s move to launch Curry 4 in China last week to coincide with Golden State’s pre-season games in China. A tour by the player has also driven buzz for the shoe. Added Konik, “In the USA market, Curry was smart to debut the Curry 4 during the NBA finals in June which provided buzz all summer and then limited pre-releases in the past month helps keep buzz flowing ahead of the global launch.”

Finally, Konik said store checks show that the Kyrie 3, the industry’s leading shoe, is starting to slow as it reaches its one-year anniversary. Jefferies’ teams saw some KD 10 SKUs being marked down and sell-through slowing. Sales of Jordan have “massively slowed” with Nike moving to reduce production for 2018.

“Bottom line,” added Konik, “after a very unsuccessful Curry 3 launch which caused the Curry line to lose share in basketball, the Curry 4 buzz combined with intel of slowing competitor products gives us conviction that Curry 4 can regain the #1 share in bball this year.”

The analyst reiterated his “Buy” rating on Under Armour’s shares. Jefferies price target is $28. Shares on Thursday closed at $15.02, up 4 cents.

Among other factors, Konik believes investors aren’t fully valuing Under Armour’s global growth opportunity and many recent challenges, including executive turnover, the bankruptcy of Sports Authority and product issues, are largely behind them. He adds, “Forget the fear on 4Q, it doesn’t matter, in our opinion; what matters is UAA is a brand with long-term staying power with the lowest cap in over 5 years.”