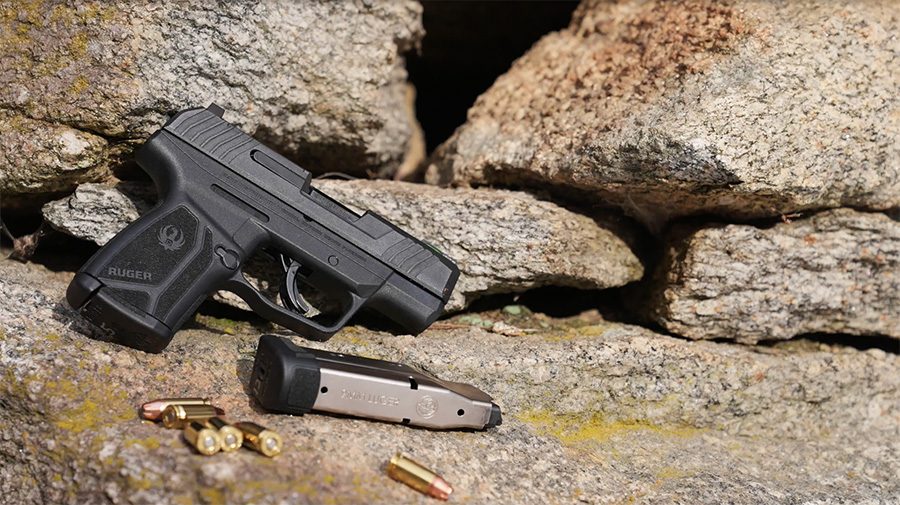 Sturm, Ruger & Company’s sales jumped 49.2 percent in the first quarter. On a conference call with analysts, Chris Killoy, CEO, said the company still hadn’t been able to catch up to demand for firearms despite a 22 percent expansion of its workforce over the last twelve months.

“The first quarter of 2021 marks the fifth consecutive quarter of meaningful growth in sales, profitability and virtually every financial and operating metric,” said Killoy. “Capitalizing on the historic surge in consumer demand that began late in the first quarter of 2020, we strengthened our workforce and realized operational efficiencies, despite the challenges posed by the COVID 19 pandemic throughout this period.”

The substantial increase in profitability was attributable in part to the 49 percent increase in sales. Increased production resulted in favorable leveraging of fixed costs, including depreciation, engineering and other indirect labor expenses. Earnings further benefited from a significant reduction in sales, promotional and rebate activity and improved labor efficiencies.

Killoy said the estimated unit sell-through of the company’s products from independent distributors to retailers increased 9 percent in the first quarter year-over-year. For the same period, NICS background checks, as adjusted by the NSSF, increased 13 percent. He said, “This growth is attributable to increased consumer demand for firearms in the first quarter of 2021 and has likely been constrained due to limited available inventory in the distribution channel.”

New products represented 21 percent of firearm sales in the latest quarter, up from 20 percent a year ago. The Ruger MAX-9 centerfire pistol models launched in March to “tremendous excitement,” shown lead photo. The Ruger-57 centerfire pistol, shown below, was awarded the 2020 Caliber Award for the best overall new product by the Professional Outdoor Media Association. Other strong new products include the Wrangler revolver, LCP II in .22 LR (long rifle), and the PC Charger. New product sales include only major new products introduced in the past two years.

For 2021, a major launch will be returning the Marlin lever-action rifles that will start shipping in the fourth quarter. Last November, Ruger acquired Marlin Firearms assets in the Remington Outdoor bankruptcy.

During the first quarter of 2021, the company’s finished goods inventory and distributor inventories of the company’s products increased slightly; however, in the aggregate, total company and distributor inventories decreased 153,000 units from the end of the first quarter of 2020. Said Killoy, “We have yet to catch up with the historical surge in demand.”

Since the first quarter of 2020, Killoy noted that Ruger’s workforce had been strengthened by 340 employees, up 22 percent, and its quarterly unit production has increased by 180,000 units or 49 percent.

Cash provided by operations during the first quarter of 2021 was $27.8 million. At April 3, 2021, cash and short-term investments totaled $146.1 million. Ruger’s current ratio is 3.5 to 1, and it has no debt. Ruger’s Board of Directors declared a dividend of 86 cents per share for the first quarter. The dividend varies every quarter because the company pays a percentage of earnings rather than a fixed amount per share.

Ruger estimates COVID-19-related costs will total approximately $1.5 million in 2021, including a $200 bonus for every employee who becomes fully vaccinated. With vaccination rates increasing and positivity rates in local communities remaining near or below the 5-percent benchmark, COVID-19 was less disruptive to day-to-day operations in the first quarter of 2021 than the prior year.

Added Killoy, “However, the future impact of COVID-19 is unknown, and we will remain vigilant. We’re hopeful that the downward trend continues in 2021, and we’re working hard to achieve that end. Our financial strength, evidenced by our debt-free balance sheet, provides financial security and flexibility as we manage through challenges like COVID-19 and focus on our long-term goals and the creation of shareholder value.”