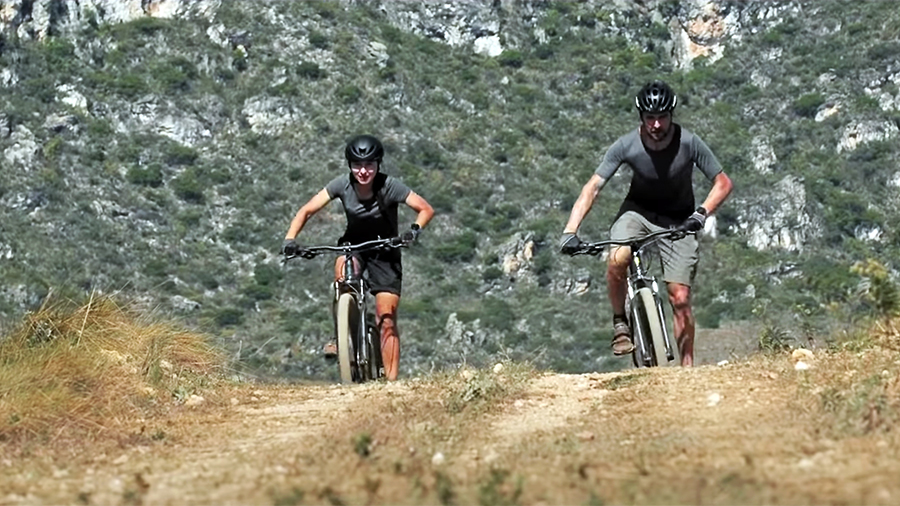 Schwartz noted that, according to NPD data, for the 12 months leading up to this spring, sales of bikes at U.S. retail were 21 million units compared to 15 million for all of calendar 2019, just before COVID-19 hit. Schwartz added, “This clearly says it all, and the demand shows no signs of slowing.”

Dorel Sports marked the segment’s ninth consecutive quarter of gains. The gains came despite container shortages and continued low inventories with all three divisions posting organic growth. Its three divisions are Cycling Sports Group (CSG), which distributes its Cannondale and GT models to the IBD channel; Pacific Cycles, which focuses on the mass channel with brands Schwinn and Mongoose; and Caloi, its Brazilian cycling business.

CSG and Caloi “did especially well.” CSG was led by record-setting results in Europe. Among the best performers was Cannondale’s Topstone gravel bike. CSG also benefited from significant e-bike sales, mainly from Cannondale’s Adventure Neo launch, the Moterra and Habit NEO, and solid growth in mountain bikes from the Trail and Scalpel. Said Schwartz, “Overall, CSG had far more orders that could be supplied.”

Demand for Pacific Cycle’s products in the mass channel “was very strong, but was again limited by ocean container constraints and in-stock levels,” said Schwartz. Retailer e-commerce was down within the mass channel as consumers resumed in-store shopping.

Caloi saw the strongest gains among divisions, driven by continued consumer demand, despite similar supply chain challenges. Schwartz noted that even previously slow-moving bikes sold out due to other products’ unavailability. Caloi implemented a new round of price increases supported by healthy consumer demand.

Revenue in the Dorel Sports segment was $317.3 million against $31.7 million a year ago. On a constant-currency basis, organic revenue improved by 8.5 percent.

Second-quarter gross margin in the segment improved due to pricing, limited discounting and a favorable foreign exchange rate impact. Operating profit, both reported and adjusted, was $31.7 million compared to $26.8 million and $27.1 million respectively last year. CSG and Caloi were the main drivers of the operating profit improvement, with Caloi reversing last year’s high operating profit loss with a modest operating profit.

Six-month revenue increased to $587.7 million, up 24.0 percent, from the prior year. Six-month operating profit, both reported and adjusted, was $53.5 million compared to $26.2 million and $26.6 million respectively a year ago.

Companywide, second-quarter revenue was $765.0 million, up 5.7 percent from the same period a year ago.

In its two other segments, revenue for the second quarter at Dorel Home was $236.8 million, a decrease of 9.2 percent, versus last year’s second quarter, which was the best for Dorel Home, caused by COVID-19 lockdowns which prompted increased purchases by homeowners. Second-quarter revenue at Dorel Juvenile increased to $210.9 million, up 18.7 percent.

Dorel doesn’t provide outlook targets but Schwartz cautioned that the demand for container freight continues to push up costs and is hindering Dorel’s ability to meet continuing strong consumer demand for its products. Virus outbreaks in various parts of the world and labor shortages are additional risks.

“Our capacity to successfully manage these issues with our vendor and retail partners will be vital to our ability to deliver a strong second half. This is especially true for the Dorel Sports,” said Schwartz. He added regarding Dorel Sports, “This component availability and supply are preventing us from delivering even better earnings. Exceeding prior year’s second-half earnings is limited only by the supply issues as demand is expected to remain very strong throughout the year.”