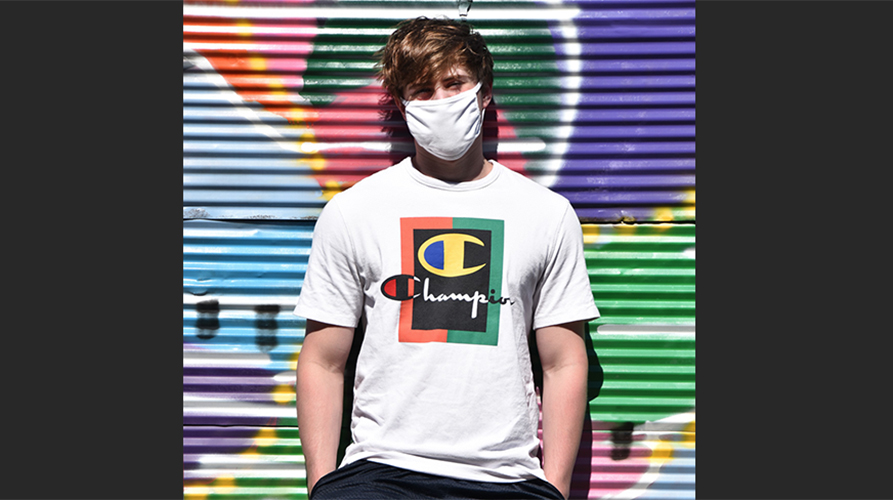 HanesBrands announced second-quarter results with double-digit growth in diluted earnings per share despite market disruption from COVID-19. The earnings growth resulted from the company’s ability to pivot to production and sales of personal protective equipment (PPE) combined with relatively strong apparel performance in pandemic conditions, including 68 percent sales growth in the online channel.

HanesBrands said it is focused on serving channels of trade that remain open; reopening production, distribution and selling operations in a safe and prudent manner; generating and preserving cash; and developing a product line of personal protective garments to meet emerging government, commercial and consumer demand.

Second-quarter GAAP EPS increased 12 percent to $0.46, and adjusted EPS excluding actions increased 58 percent to $0.60. (See the Note on Reconciliation of Select GAAP Measures to Non-GAAP Measures later in this news release for additional discussion and details of actions, which include pandemic-related charges.)

“The HanesBrands organization did a phenomenal job overcoming significant challenges in order to mitigate the effects of the global pandemic,” said Hanes Chief Executive Officer Gerald W. Evans Jr. “The professionalism, ingenuity and dedication of our worldwide employees was on display in generating double-digit EPS growth, establishing a new protective garments business line from scratch, and starting the reopening of manufacturing, distribution and selling in the most safe and effective manner possible.

“Despite the effects of pandemic-caused disruptions to global economies, our business is in great shape. We performed significantly better than our base-case scenario in both our apparel business and our new protective garment business. Point-of-sale trends are improving for apparel, and in the case of U.S. Innerwear basics and U.S. Champion, point-of-sale trends in May and June were higher than pre-COVID levels.

“Our brands are strong, and we are gaining market share and building momentum. Our liquidity remains strong allowing us to maintain our quarterly cash dividend and have ample operating flexibility. While there is still near-term uncertainty concerning the ongoing economic impact of the COVID-19 pandemic, we believe we are positioned to drive growth and seize opportunities over the next several years.”

As a result of the COVID-19 pandemic and the lack of visibility to business conditions, Hanes withdrew its quarterly and full-year performance guidance on March 25, 2020. The company then modeled several different financial scenarios based on assumptions of when retailer stores and economies would begin to reopen. Under the company’s base-case scenario, stores were assumed to gradually reopen beginning in late May.

Callouts for results and ongoing operations during the pandemic.

Apparel Sales and Protective Garments Contribute to Results
Apparel sales and protective garment sales both exceeded the company’s base-case scenario for the quarter. The company continues to generate significant sales growth through channels of trade that have remained open during the pandemic, including online, mass retail, dollar store, and food and drug.

On a rebased comparison to a year ago, second-quarter global online sales increased more than 70 percent through company e-commerce websites, retailer websites, large internet pure-plays, and business-to-business customers. Excluding sales of protective garments, approximately 30 percent of total sales in the quarter were through the online channel.

The company sold $752 million in personal protection garments globally to governments, large organizations, consumers and business-to-business customers. The sales of the face masks and medical gowns significantly exceeded initial expectations for the new business lines. As part of the protective-garment sales in the quarter, the company delivered more than 450 million cloth face coverings and more than 20 million medical gowns to the U.S. government.

The company is selling face masks to consumers under its leading brands globally, including Hanes, Champion, Bonds, and Dim, and protective garments represent an ongoing business opportunity. Excluding the potential for additional government contracts, the company estimates that it could sell more than $150 million of protective garments in the second half of 2020.

First-Half Operating Cash Flow Improves Despite COVID-19 Impact
The operating cash flow of $65 million in the second quarter resulted in a first-half operating cash improvement of approximately $40 million versus a year ago. Working capital discipline, temporary cost reductions, and inventory control and production timeouts contributed to cash generation. Inventory declined 12 percent versus a year ago.

Activewear Segment
U.S. Activewear second-quarter performance exceeded the company’s base-case pandemic scenario. Segment sales decreased 62 percent as a result of the pandemic-related demand impacts and $98 million of C9 Champion sales in mass retail in the year-ago quarter. The segment recorded an operating loss in the quarter.

The COVID pandemic resulted in retailer door closures and lower demand for the segment’s printwear and sports apparel businesses. Point-of-sale trends for Champion accelerated as the quarter progressed, and strong positive trends continued in July. Sales through the enhanced Champion.com website increased by nearly 200 percent in the quarter.

2020 Financial Guidance
Due to the continued uncertainty and unpredictability of the COVID-19 pandemic, HanesBrands will not provide quarterly and full-year performance guidance until the visibility of the pandemic’s effect on global economies improves.

The decline in apparel sales in the second quarter was better than the company’s base-case scenario. Absent a slowdown of store reopenings or recurrence of store closures, the company anticipates sequential improvement of sales declines in the third and fourth quarters. U.S. Innerwear sales on the strength of basics could return to rebased year-ago levels by the end of the year.

The company is selling face masks to consumers under its leading brands globally. Excluding the potential for additional government contracts, the company estimates that it could sell more than $150 million of protective garments in the second half of 2020, primarily in the third quarter.

The company expects to generate positive cash flow in the second half.

The fiscal year ending Jan. 2, 2021, includes a 53rd week in the fourth quarter. The company has exited the C9 Champion mass program and DKNY license for intimate apparel. The company expects foreign currency exchange rates to reduce net sales and operating profit in 2020.

The company’s tax rate for the second quarter was 17.3 percent. The company expects its second-half tax rate to be approximately 17.5 percent.

The company repurchased approximately 14.5 million shares in the first quarter and has suspended share repurchases for the remainder of the year. The weighted average of diluted shares outstanding for the second quarter was 351 million.