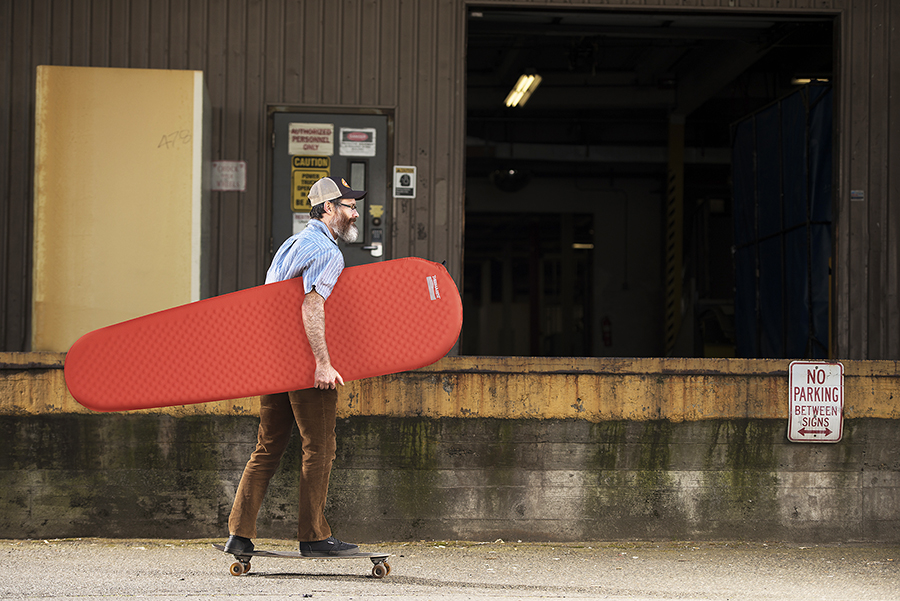 Sleeping pads are one of the most important pieces of equipment you can take with you when traveling outdoors. They could be considered as important as a sleeping bag, because they provide a warm night’s sleep and make the difference between good rest and no rest at all. 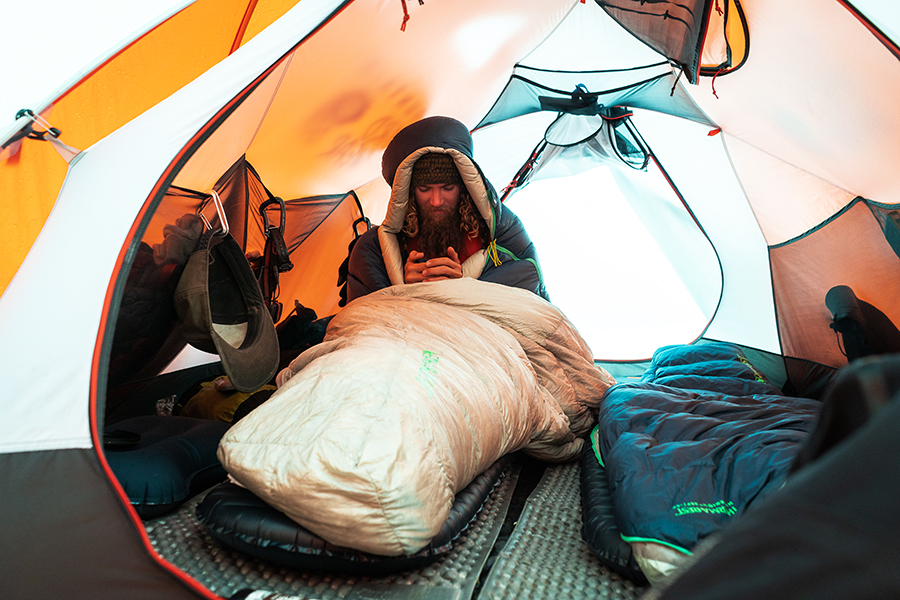 Therm-a-Rest showcased the NeoAir UberLite Mattress at last month’s OR Summer Market and garnered six awards. This was not surprising to Brandon Bowers, product category manager, Therm-a-Rest. I spoke with Brandon yesterday by phone to learn more about the latest generation of air mattress, pictured above and below.

Were you surprised that the mattress won so many awards?  Not really. I’ve been working for Therm-A-Rest for more than 20 years and in product development for 10, and the best sign you can have with a product is when you have no problems getting people to test it. Over the last year we’ve been having pads tested and people not wanting to give them back. It’s not been a problem getting them out into the field and hearing lots of excitement over it. So, I had a confidence that the pad would win some type of awards.

What are some of the product developments that you would like to talk about?  When we set out to develop the Neo Air Uberlite Mattress Pad, we had the award-winning and track record of the Neo Air XLite. We challenged ourselves to take a percentage of weight out of the Neo Air and still have this pinnacle product. We set out to make it eight ounces, and we knew that was our stretch goal, but we felt it was acceptable for what our users would want.

Were the users requesting a lighter-weight pad? No. My boss at the time set that goal for us because he knew the obvious things that a person asks for. He felt that the weight factor was one of them. We were confident that saving four ounces–which was the goal–the Neo Air XLite is 12 ounces, was worth the effort to spend almost two years in development and to see how far we could take it.

Is it a game-changer for ultralight backpacking? That was what we were setting out to do. We knew that we would have to sacrifice some insulation performance, and we would likely use a fabric that was not as tough as our current fabric, so the field testing last summer was critical to make sure that the typical user of an XLite would try this product and hear their feedback … how warm they slept with the mattress pad and how durable they thought that it was. 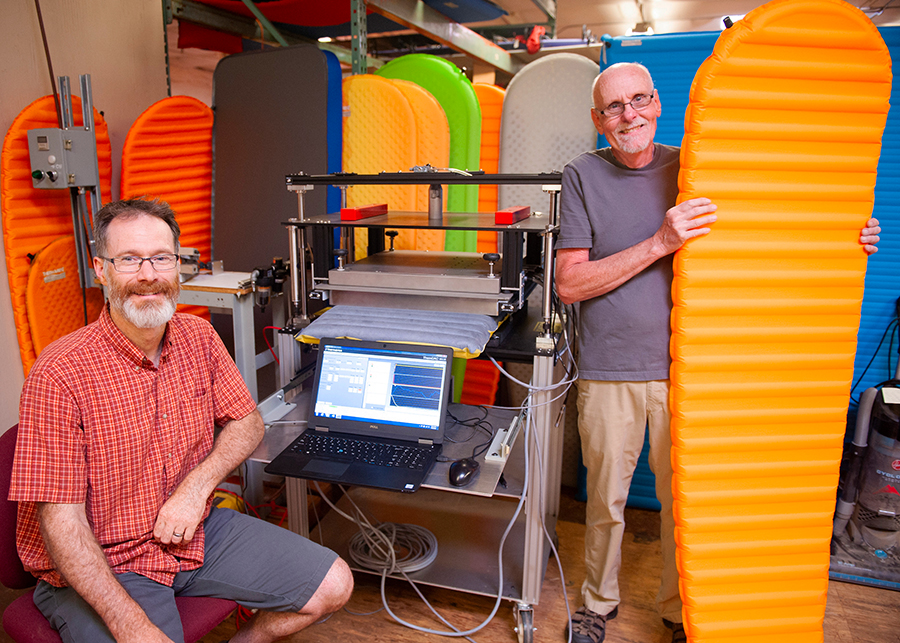 What do you like most about the product? Couple of things. I know it’s successful because of the awards it has won, and I believe it will be successful in the retail market. I like that we changed materials—although the structure didn’t really change. The other thing I like about it is that there were a few rules we didn’t think we could break but we did, and the internal material doesn’t breath air–meaning there are baffles in it but the air will not go through the baffles. We worked hard to solve that problem.

So it’s the air-proof fabric that’s making the difference?  No, that didn’t change. It’s the lightness of the fabric itself —almost 40 percent lighter than the XLite fabric—that makes the difference.

What is the fabric and how is the product seamed? We are using two pieces of lightweight ripstop nylon fabric top-and-bottom, 15-denier, and coated with urethane. A matrix welds the two pieces together. This matrix is made of three layers of the same film. We build what we call ‘the core’ and that’s the fabric with the matrix attached to it. It’s a baffled construction but those extra baffles and how they don’t allow air to travel through the walls, is what gives the mattress the added warmth. Essentially you have a baffle construction that is heat welded around the perimeter edge.

Who is your ultimate customer for this product?  I can think of five categories of people that will identify with the product. (1) the athletic outdoorsman who is constantly looking to lighten up everything to be as fast and mission-critical as possible, (2) cyclists, (3) thru hikers and fast hikers that are looking to save every bit of weight, (5) emergency first responders.

The users in this realm of gear don’t want a lot of extra gadgets, so they will mouth inflate the mattress, but we do offer a mini pump which is 2.3 ounces, and we have a pump sack that weighs five to seven ounces that doubles as a water proof pack liner. You can use those things. But, again, in the use mode I believe our market is especially interesting and tough at the same time because everybody is so individualistic in how they use their gear.

Why carry something bulky when I don’t have to, right? The lightweight and compact story of this product is going to open up people’s minds on how they approach the outdoors, how they plan their gear and what they can achieve. Uber Lite is pioneering a way of helping the common person to understand how small they can get their essentials to allow them to maybe bring more equipment or a T-bone steak for the first night of their hike!

Was this a team effort? Yes. There was a huge team that supported the initial efforts and then through product development. And there was so much company pride that allowed us to create this award-winning design, and I get to be a part of it. I want to give a big shout out to Jim Marson, pictured with Brandon in the photo above standing to his right. Jim is the key principal designer of the product. He is the guy that really made this happen from the prototypes to production.