Former NSGA Board member Anthony (Tony) Rosati, Sr., former owner and president of Lansing Sport Shop and one of three founders of Team Athletic Group (TAG), passed away on December 31, 2011. He was 86 years old.

A longtime, involved member of NSGA, Rosati started his service to the association in the late 1980s as a special advisor to the Chairman of the Board. He continued his involvement as a member of the Board between 1989-1993.

“We are saddened by the loss of Tony Rosati, a truly outstanding leader in the sporting goods industry,” said NSGA President and CEO Matt Carlson. “His commitment to his company and his innovative spirit in founding TAG moved the industry forward, and he will be missed.”

Rosati served in the U.S. Navy during World War II. In 1954, he opened Lansing Sport Shop, a team dealer in Lansing, IL, which is still in business today run by Rosati’s family members. In addition, along with two other Midwestern team dealers, Rosati founded TAG in 1970, the first buying group in the industry. TAG is led today by Rosati’s son Philip.

Visitation will take place from 3:00-8:00 pm on Friday, January 6, at Schroeder-Lauer Funeral Home, located at 3227 Ridge Road in Lansing, IL. A funeral mass will begin at 11:00 am on Saturday, January 7, at St. Maria Goretti Catholic Church, 500 Northgate Drive, Dyer, IN.

In lieu of flowers, donations may be made to the St. Vincent DePaul Society of St. Ann Church in Haines City, FL, Cardinal Stritch University in Milwaukee, WI, or Easter Seals DuPage in Villa Park, IL. 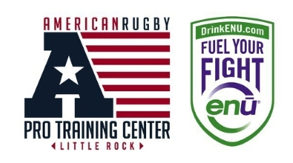