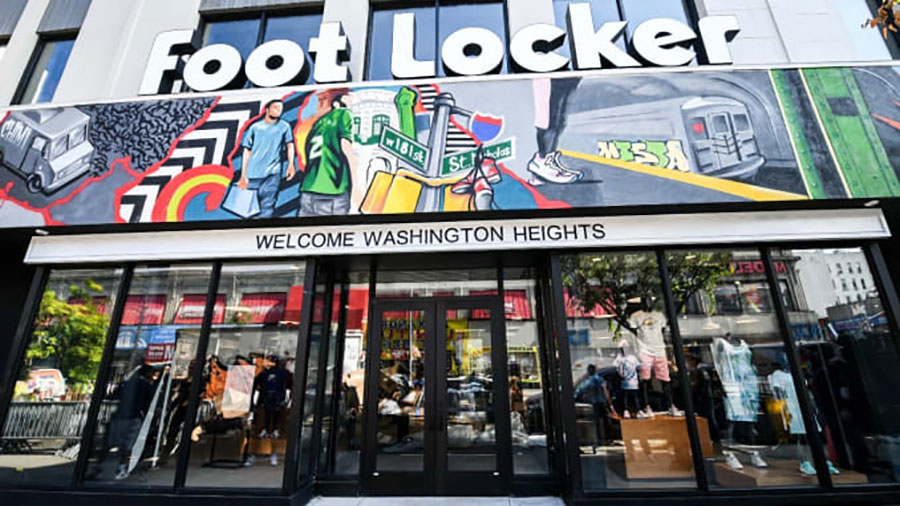 Foot Locker Inc. saw fourth-quarter earnings that topped Wall Street’s consensus target but same-store sales were down 1.6  percent and were below expectations.

“While we had leading positions in key on-trend footwear styles, this was not enough to offset softer than expected demand during the compressed holiday season, a very promotional marketplace for apparel, and tougher launch comparisons,” said Richard Johnson, chairman and chief executive officer.

“We took actions during the quarter to manage slower-moving items which pressured our gross margin rate more than expected,” added Lauren Peters, executive vice president and chief financial officer. “Importantly, our ongoing disciplined expense management enabled us to better align our variable expenses with softer sales trends while continuing to invest in our key strategic imperatives. Additionally, the early benefits from the investments in our websites and logistics systems, together with our associates’ commitment to outstanding customer service, positioned us to produce a single-day record volume, with sales exceeding $115 million.”

“We built a strong foundation in 2019, and we believe we have the right plan in place to deliver against our long-term financial objectives,” added Johnson. “We are optimistic about our company’s future, and by making progress against our strategic imperatives, we believe we will strengthen our position at the center of sneaker and youth culture and create value for our shareholders.”

Non-GAAP Adjustments
During the fourth quarter of 2019, the company recorded several exceptional items. The items included:

In the prior-year fourth quarter, the company’s results included:

“We were pleased that total sales for the year surpassed $8 billion, a new record as Foot Locker, Inc.,” said Peters. “We delivered another year of comparable sales growth. Our inventory turns continue to improve, and our return on invested capital rose to 12.5 percent, up 50 basis points over last year. As we look to 2020, we are planning comparable sales to be up low-single-digits and earnings per share to increase in the low- to mid-single-digit range.”

At year-end, the company’s cash, and cash equivalents, totaled $907 million, while the debt on its balance sheet was $122 million. The company’s total cash position, net of debt, was $18 million higher than at the same time last year. During the fourth quarter of 2019, the company spent $35 million to repurchase 881,423 shares. For the full-year, the company repurchased 8.4 million shares for $335 million, returning a total of $499 million to shareholders through its share repurchase program and dividends. In addition, the company invested $187 million in its store fleet, digital platforms, supply chain and logistics capabilities, and other infrastructure.

“As previously announced, our Board of Directors approved a meaningful dividend increase for the tenth consecutive year, a 5 percent increase in our quarterly dividend to $0.40 per share” continued Peters. “Combined with the Board’s approval of a $275 million capital investment program for 2020, this reflects our Board’s confidence in the company’s strong financial position and our ability to execute our strategic objectives while continuing to return cash to our shareholders.”

Store Base Update
During the fourth quarter, the company opened 32 new stores, remodeled or relocated 66 stores and closed 63 stores. As of February 1, 2020, the company operated 3,129 stores in 27 countries in North America, Europe, Asia, Australia, and New Zealand. In addition, 130 franchised Foot Locker stores were operating in the Middle East as well as 9 franchised Runners Point stores in Germany.