The Footwear Distributors and Retailers of America (FDRA) recently recognized eight footwear factories with the special distinction of “Recognized Responsible Footwear Manufacturer.”  A committee of top footwear sourcing executives across the industry determined the recipients based on which factories were found to be the most compliant with FDRAs new Code of Conduct.

The designations were given to factory owners and managers at a special reception for footwear factory executives across Asia on Nov. 4, 2014 in Dongguan, China.  Over 100 factory owners and managers attended the event, where they heard from several top U.S. footwear executives on the importance of social compliance, FDRAs new Code of Conduct and FDRA’s Responsible Factory Program.  The next day, FDRA hosted more than 125 factory managers at the 15th Annual Responsible Footwear Forum (RFF) in Dongguan to discuss the importance of the factory recognition program and hear from global brand executives and key Chinese Government officials.

According to R.G. Barry Brands President and CEO and FDRA Chairman Greg Tunney, This was the first time anyone has pulled over 100 factory owners together in one place to recognize the top footwear factory performers in the area of social compliance.  The reception was a huge success as factories recognized the importance of FDRAs new Code of Conduct and the Recognized Responsible Footwear Manufacturer Program.

The selection of these factories as our first recipients of the Recognized Responsible Footwear Manufacturer Program is extremely important for our industry, said Mike Jeppesen, president of global operations at Wolverine Worldwide and Chairman of FDRAs Factory Enhancement and Sourcing Committee who developed the Code and selected the recognition recipients.   FDRA is leading the industry in a pragmatic way to ensure that factory compliance remains a top priority for US brands and their suppliers worldwide.

Congratulations to the factories who received this recognition for their commitment to continuously improve factory conditions and standards, said FDRA President Matt Priest.  The Code of Conduct is fast becoming the guidebook for factory compliance across Asia.  We have translated it into multiple languages and are making great progress as each month new major footwear companies are asking their factories to adopt and implement this industry common standard.  FDRA is driving real change throughout the footwear supply chain by incentivizing factories to more effective manage working hours, wages, and other important issues.

In addition to its events in China, FDRA also held its first-ever summit in Vietnam, where over 10% of U.S. footwear imports are being produced. On November 10th in Ho Chi Minh City, industry executives and experts briefed factory owners and mangers about the soon-to-be-negotiated Trans-Pacific Partnership (TPP) Free Trade Agreement (FTA), ways to cut costs by improving supply chain efficiencies, current US product safety regulations impacting footwear production and how factories can improve quality and productivity while also becoming better at compliance issues.  More than 150 factory representatives attended this event, making it the largest footwear workshop ever held in the country.

Footwear companies who sponsored and/or spoke at FDRAs workshops in China and Vietnam included Wolverine Worldwide, Steve Madden, NIKE, R.G. Barry Brands and Brown Shoe Company.  Service providers included Toll Global Forwarding, TUV SUD, SGS, and UL.  FDRA thanks everyone for their support in helping us improve the compliance, quality and productivity of factories for the entire industry. 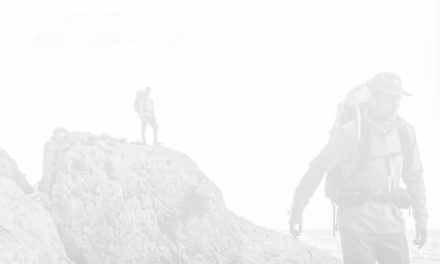