EXEC: Why Is Ammo, Inc. Spinning Off GunBroker.com? 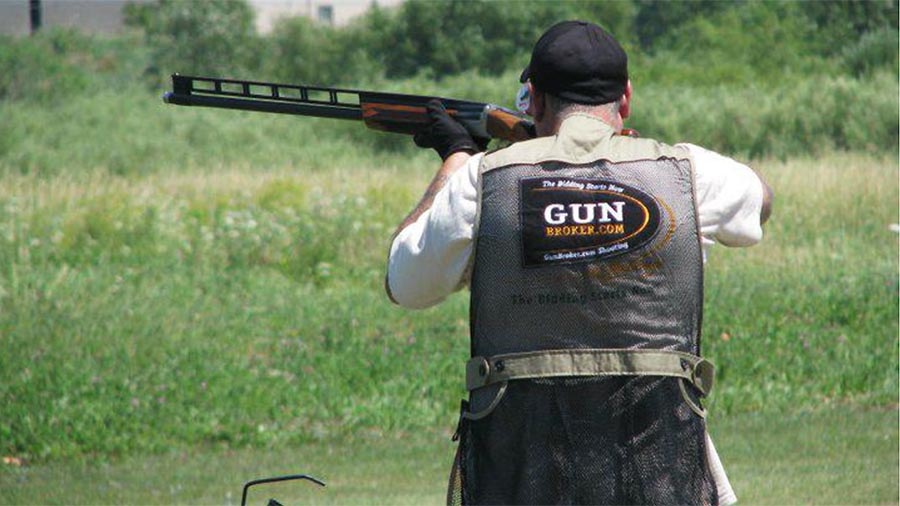 Ammo, Inc. acquired GunBroker.com, one of the largest online auction marketplaces dedicated to selling firearms, hunting, shooting, and related products, in May 2021. On Monday, Ammo announced plans to split its marketplace and ammunition businesses into two independent publicly traded companies.

The spinoff was the primary topic of Ammo’s conference call for the first quarter ended June 30, which saw the company bang out a 37 percent hike in sales with momentum behind both businesses while reiterating its guidance for the year.

On a call with analysts, Fred Wagenhals, Ammo’s chairman and CEO, noted that since the company’s IPO in 2017, sales grew from $2 million in 2018 to an estimated $300 million for fiscal 2023. The 2021 acquisition and integration of the GunBroker.com platform and the recent completion of a new ammunitions-manufacturing facility in Manitowoc, WI, position the company to split the ammunition and marketplace businesses.

“We believe this separation will allow investors to better evaluate the business model of each division and create greater shareholder value. As we continue to pursue unique and distinct growth opportunities,” said Wagenhals.

For Action Outdoor Sports, the spinoff is timed to last month’s official opening of its 185,000-square-foot Wisconsin manufacturing plant, which will increase production by approximately one billion loaded rounds of ammunition and also support the manufacturing and sales of its patented strength, visual, ammunition, subsonic, munition, and specialty rounds for the military and law enforcement.

Wagenhals will remain chairman of Action Outdoor Sports, with a new CEO to be named “to lead action Outdoor Sports as it leverages its increased capacity and continues to be an active acquirer in the outdoor recreational marketplace.”

Wagenhals will continue as chairman and CEO of Outdoor Online. “This will give investors the opportunity to participate directly in the growth of the leading online outdoor and shooting sports auction marketplace,” added Wagenhals. “We believe there are significant opportunities to grow this platform when we begin the rollout of several initiatives to capture the significantly great percentages of the transactional volume from that platform, including credit cards processing credit products, gift cards, and loyalty programs for both buyers and sellers.”

He concluded, “With both businesses now having management teams and resources focused exclusively on the future growth opportunities, I am confident both companies will continue to grow revenues, enhance margins and drive even greater shareholder value.”

Strong Demand For Ammunition
Rob Goodmanson, president, noted that the planned spinoff comes amid increased demand for ammunition. He said, “This industry has significant legs and listening to Vista, Olin and Clarus’ earnings calls, they’re all saying exactly what we are seeing. The growth of this industry is still vibrant and shows no sign of slowing down.”

Goodmanson said that beyond strength in ammunition, Ammo’s marketplace platform continues to see significant growth, with traffic expanding approximately 40 percent annually since 2019. Goodmanson added, “We fully expect these tailwinds to last a minimum of 24 months, which started as COVID has morphed into civil unrest, not just in the U.S., but globally.”

He called out the momentum at Gunbroker.com, which has achieved more than 500,000 sessions per day, has 7.4 million registered users and is adding 55,000 new users monthly. Goodmanson added, “Our objective with Gunbroker was never to move away from our hugely successful auction business but to expand our offerings to manufacturers, dealers, FFLs and distributors to become a complete marketplace.”

Goodmanson reiterated the benefits of the break-up. He said, “Online Outdoor will be better positioned to focus on continuing the work designed to leverage its leading marketplace while Action Outdoors can continue its well-established track record of M&A and securing the best-in-class partnerships with other manufacturers and reinforce and amplify the ability to attract and retain top market talent.”

Goodmanson noted that the Action Outdoor Sports and Outdoor Online names were chosen because the company was advised to “soften our brands” and not directly reference shooting products. He added, “Similar to Vista, which is Federal Arms, Olin, which is Winchester, and Clarus, which is Sierra, Barnes.”

Gross margins tumbled to 29.8 percent from 42.7 percent in the year-ago quarter; this was primarily attributable to the near-term cost of material increases and additional labor and overhead costs in preparation for the new manufacturing facility.

Gross margins are expected to increase in the second half of the current fiscal year as operating efficiencies are gained through the fully integrated and ramped-up operation of its new production facility, which is expected to be fully operational in the fiscal second quarter.

Overall margins are expected to increase over the next 12-to-24 months due to increased product sales, specifically of proprietary lines of ammunition, like the Streak Visual Ammunition, Stelth and ammunition developed to support the military and government programs. Also expected to help margins is the introduction of new lines of ammunition that historically carry higher margins in the consumer and government sectors, reduced component costs through the operation of the ammunition segment and expansion of strategic relationships with component providers, the use of automation in facilities to reduce labor costs, and better cost leverage through growth.

Operating expenses in the quarter increased by approximately $3.8 million over the prior year period or 140 basis points as a percentage of sales, primarily due to a full quarter of GunBroker.com operations. Administrative expenditures are expected to decrease as a percentage of sales in the 2023 fiscal year as workforce costs are leveraged with higher sales.

Operating income was down 47.4 percent to $5.1 million. Net income was off 66.3 percent to $3.2 million, or 2 cents a share, due to the decreased margins and the addition of a tax provision in the current period.