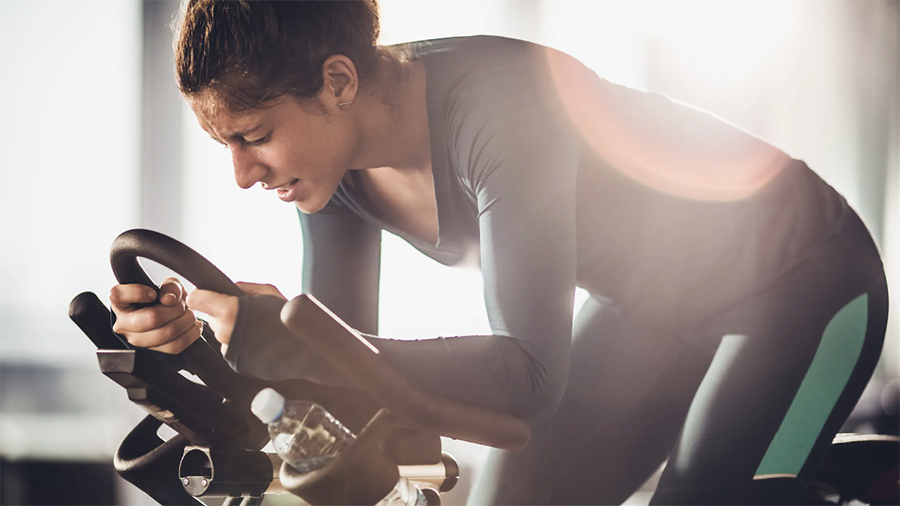 Shares of Peloton fell $1.23, or 8.7 percent, on Tuesday to $12.90, reaching an all-time low, as sales and the loss in the fiscal third quarter ended March 31 were worse than expected and a tepid outlook was delivered for the fourth quarter.

“The nature of turnarounds is they’re full of surprises,” said Barry McCarthy, CEO, on his first call with analysts. In February, McCarthy, the former chief financial officer of Spotify and Netflix, replaced the connected fitness firm’s founder and CEO John Foley as Peloton announced plans to cut 2,800 jobs or about 20 percent of its corporate workforce.

McCarthy has been vocal about shifting the company’s focus from hardware to software.

On the call, McCarthy said that in his time so far with the company, the biggest surprise was the anemic cash flow, although he also credited his team’s “ability to quickly address it without diluting existing shareholders and adequately capitalizing the business. So, I’m really pleased with the way the team executed to address that particular issue.”

He said he was pleased to see “more talent in the building, honestly, than I expected to find” that he said will be essential to orchestrate a turnaround.

McCarthy added that Peloton was “weaker on everything supply chain than I expected,” while also calling out the March hiring of Andrew Rendich, formerly at Grove Collaborative, as chief supply chain officer. He said, “We’re fortunate to get Andy, and he’s moved quickly to build at his team. And so, I’m pretty optimistic about our ability to address that.”

In his first quarterly shareholders’ letter, McCarthy cited a number of priorities:

“We need to be good at hardware, but being good at hardware is not nearly sufficient,” he said on the call. “And that calls for a shift in the investment priorities of the business.”

He also vowed to turn the business back to free cash flow positive in its upcoming fiscal year.

A recent cash infusion from JPMorgan and Goldman Sachs should help, McCarthy said, in spite of any economic headwinds. According to his letter, Peloton ended its latest quarter “thinly capitalized” with $879 million in unrestricted cash and cash equivalents.

From a demand standpoint, Peloton has seen some early benefits from its move in April to slash prices for all of its hardware while at the same time raising the cost of its All-Access membership to $44, starting June 1. The company also began piloting a new subscription model called One Peloton Club that allows users to rent the Bike and take classes for a monthly fee. So far, McCarthy said in the analyst call that the company has seen promising results from these efforts. Reducing the price of its equipment led to daily unit sales increasing by 69 percent. Meanwhile, McCarthy cited the “mass-market appeal” of the One Peloton Club pilot, with 53 percent of signups coming from people with household incomes of under $100,000.

Peloton’s quarterly subscriber churn rate also improved to 0.75 percent, from 0.79 percent last quarter. The Q3 figure also includes a “modest increase” in cancellations following the news that the company would be hiking up its monthly membership fee starting June 1st. Nonetheless, McCarthy said on the call that Peloton was “hedging its bets” on what churn might look like going forward once the price hike hits.

“It remains to be seen what the net impact is when the price increase hits in June,” McCarthy said, adding that the company won’t “know until it knows.”

McCarthy ended the conference call by telling Wall Street that he’s “pretty optimistic” about the company’s path forward, “notwithstanding the stock price.”

“I don’t mean to sound Pollyannaish, but I’m hopeful that someday soon we’re going to look back on this call as one of the important turning points in the business,” he said.

Sales Drop 24 Percent In Fiscal Third Quarter
The loss in the quarter came to $757.1 million, or $2.27 a share, against Wall Street’s consensus estimate calling for a loss of 83 cents. In the year-ago period, the loss was $8.6 million, or 3 cents.

Connected Fitness revenue, which includes the contribution from Precor, was $594.4 million, down 42 percent versus Q3 last year. The primary driver of the year-over-year revenue decline was a reduction in consumer demand exiting the pandemic’s peak, partially offset by the contribution of Tread sales. Connected Fitness revenue was also negatively impacted by higher than anticipated Tread+ returns totaling $18 million related to the brand’s May 2021 product recall.

In contrast to the decline in Connected Fitness revenue, subscription revenue of $369.9 million grew by 55 percent year-over-year and represented 38.4 percent of total company revenues versus 19.0 percent in the year-ago quarter. Peloton said this mix shift to high margin subscription revenue is a long-term trend in the business, and the company is taking steps to accelerate with its hardware price changes and FaaS (function as a service) strategy.

Gross profit in Q3 was $184.2 million and 19.1 percent of revenue, representing a 59 percent year-over-year decline. Compared to the year-ago period, Peloton said its Connected Fitness gross margin was pressured by the August 2021 Peloton Bike price reduction, impact of accessory inventory write-down, higher logistics expenses per delivery, increased port and storage costs, and charges associated with the voluntary recall of its Tread+ product (approximately $19 million impact to gross profit in Q3).

Subscription gross profit was $252.1 million in Q3, representing 63 percent year-over-year growth. Subscription gross margin was 68.1 percent, up from 64.6 percent in the year-ago period driven by continued leveraging of fixed costs.

Adjusted EBITDA for the quarter was $(194.0) million, versus $63.2 million in the year-ago period. The primary drivers of the year-over-year decline were lower revenue and Connected Fitness gross margins, as well as higher operating expenses.

FY 2022 Q4 Outlook
For the fourth quarter, Peloton expects sales in the range of $675 million to $700 million, down from $937 million in the year-ago quarter and $964 million in the latest third quarter. Peloton said in its shareholder’s letter, “Our Q4 outlook reflects softer demand versus our February forecast, partially offset by accelerated sales we’ve seen as a result of our recent hardware price reductions. Our Q4 ending CF (connected fitness) subscriber forecast of approximately 2.98 million incorporates a modest negative impact from our subscription pricing increase starting June 1. As anticipated, we have seen a small increase in cancellations due to the Connected Fitness subscription price increase announcement, but we expect the impact to moderate as we progress through FY23. We forecast total revenue of $675 million to $700 million in Q4.”

Gross margin is expected to be 31 percent, up from 27 percent in the year-ago quarter and 19 percent in the latest third quarter. Peloton said, “CF margin in the quarter will be significantly impacted by recent pricing changes and continued headwinds in freight, storage and logistics due to the reduction in our demand outlook. We expect headwinds in freight to largely abate in FY23 and storage costs to come down as we move through FY23, resulting in a positive CF margin profile next fiscal year. We continue to expect leveraging of fixed costs in our subscription margin in Q4 and a small positive impact from the subscription pricing change.”

Adjusted EBITDA is expected to show a loss in the range of $120 million to $115 million compared to a loss of $45 million a year ago and $194 million in the latest third quarter. The year-over-year higher loss reflects lower pricing, demand and continued headwinds in freight and storage costs.