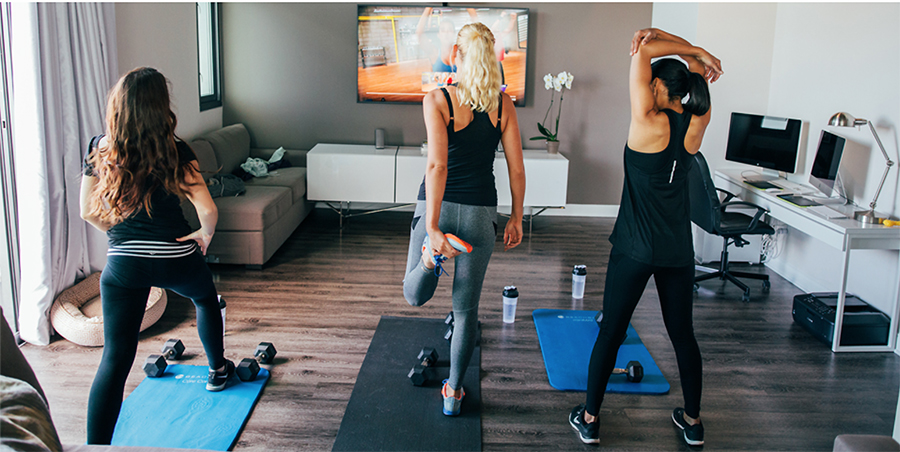 The Beachbody Company, Inc. reported a 20 percent decline in sales in the second quarter ended June 30, in line with expectations. Carl Daikeler, co-founder, chairman, and CEO, told analysts the focus would continue to be on expense control as demand for at-home fitness “could remain variable in the near-term” with increased uncertainty around the broader economic climate.

“We’re seeing just an uncertainty in demand in the fitness space, particularly the in-home fitness space,” said Daikeler on an analyst call. “That’s why it’s important that our cost structure be variable as we manage our way through uncertain demand patterns.”

Marc Suidan, CFO, said the decline reflected “the ongoing shift in consumer priorities that our business and industry have been experiencing.” The decline also partly reflects a deliberate focus on profitable customer acquisition.

Digital revenues were $78 million, a 17 percent decline from last year. Like last quarter, Beachbody reclassified business service fees from preferred customers out of digital and into nutrition and other revenue. Adjusting for this shift, digital revenue declined 8 percent.

Digital subscriptions decreased 16 percent year-over-year as two years of growth were cycled through the height of the pandemic. Digital subscriptions continued to show increases of 35 percent over the second quarter of 2019. The business includes the Beachbody On Demand streaming platform (BOD), including its live digital streaming subscription BODi.

Engagement or DAU/MAU was down versus last year but increased by 140 basis points compared to 2019. Quarterly retention levels increased over the previous year and Q219.

Nutrition and other revenue was $90.5 million, down 30 percent year-over-year. This decline partly correlates with the decrease in digital subscriptions and new product launches, which drive the nutrition business.

Said Suidan, “Looking ahead, as we have now lapped the toughest comps of the pandemic period, we believe our solid pipeline of new products, enhanced cross-sell and upsell initiative, and efforts to simplify customer choice to reduce SKU counts should support improved demand and performance moving forward.”

Connected fitness revenue, which includes Beachbody Bike powered by MYXfitness connected indoor bike, was $10.6 million with 8,800 bikes delivered. Suidan said, “We continue to see higher engagement in the second quarter amongst digital subscribers who own a bike versus those who don’t own a bike; this is an encouraging trend that reinforces our belief that the connected fitness business is a valuable contributor to LTV.”

“With a laser focus on execution and cash flow management, we achieved material savings in the second quarter, reducing cash burn by nearly $38 million and lowering operating expenses by more than 20 percent compared to the first quarter,” said Daikeler. “This reflects increased variability within our cost structure and continued expense discipline.”

As a result, Beachbody ended the quarter with $57 million of cash on hand. Beachbody also announced Monday that it entered into a $50 million debt financing agreement with Blue Torch Capital, with the potential to increase by another $25 million to help enhance its financial flexibility.

“During the quarter, we also focused on profitable customer acquisitions through new content releases, our highly effective proprietary sales network and disciplined marketing despite continued softness across the industry,” said Suidan. “These results reflect solid initial progress on our one brand strategy. This strategy, which we initiated at the beginning of the year, demonstrates our ability to adapt quickly to economic realities. The one brand strategy isn’t just about costs. It’s about unlocking the full potential of our massive category and our unique assets. As we consolidate the great content of our platforms and leverage the subscriber scale of Beachbody on demand.”

Beachbody slightly tempered its outlook for the year due to the uncertain economic climate. For fiscal 2022, the company now expects to realize a combined adjusted EBITDA loss improvement and capital expenditure reduction of approximately $110 million to $120 million compared to 2021. Previously, improvement was targeted at approximately $120 million.

For the third quarter, the company expects total revenue of $150 million to $160 million; and an adjusted EBITDA loss of $15 million to $20 million.

“Regardless of the macro backdrop, we’ll continue to focus on profitable acquisition, generating demand through our compelling cadence of new releases and tightly managing expenses,” said Daikeler. “I’m incredibly confident in both our ability to manage through any near-term pressures, as well as taking advantage of the significant opportunity that remains over the longer term.”

Daikeler said Beachbody continues to operate in “still a large and under-penetrated market.” He noted that the global dietary supplements market was $151.9 billion in 2021 and is expected to expand at a CAGR of 8.9 percent from 2022 to 2030. At the same time, the global home fitness category is expected to grow to $21.8 billion by 2026 at a CAGR of 9.6 percent.

“With more than two million subscriptions, our scale is significant in the at-home fitness segment, and our model, which is powered by content and supported by nutrition and community, is unlike anything else in the market,” said Daikeler. “We’re confident we can continue to generate demand with our content-driven model that allows us to pivot quickly to capitalize on emerging trends and need states.”

As a sign of confidence, Daikeler noted that Beachbody’s management team collectively purchased more than $6 million worth of shares on the open market during the second quarter. He added, “We did this as individuals for one simple, powerful reason, Beachbody’s future potential is massive. The actions we’re taking to make the business more efficient and productive, such as reducing our cash burn and increasing the flexibility of our cost structure, are allowing us to navigate the dynamic near-term environment. And with a strong leadership team and a commitment to continued innovation, we are incredibly well positioned to capitalize on the significant opportunity ahead.”