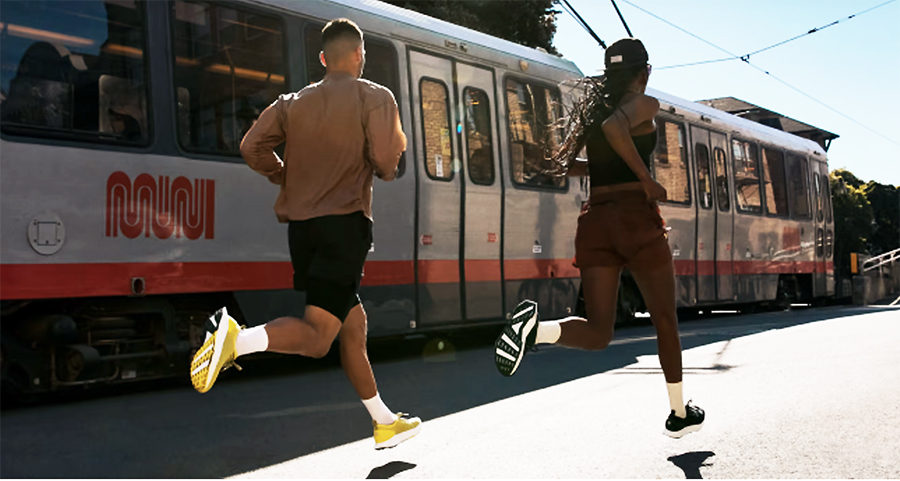 Shares of Allbirds fell about 20 percent on Tuesday after the eco-friendly footwear company slashed its full-year guidance and announced a cost-cutting plan, including layoffs, to compensate for lower-than-planned sales.

The lowered guidance and the “Simplification Initiatives” restructuring plan for the San Francisco, CA-based company came despite the company reporting second-quarter results that topped guidance.

“Since our May earnings call, persistently high inflation has started to take its toll on consumers,” said Joey Zwillinger, co-founder and co-CEO, on a call with analysts. “Across our industry, elevated inventory and promotional levels have begun to impact digital and retail traffic trends. Our customer tends to have higher-than-average income, and hence there was a lag on the impact of inflation, but this trend became notable in the U.S. beginning in the back half of June.”

Zwillinger said Allbirds’ data platform and direct relationship with customers give the company visibility into demand signals. He added, “We are likely seeing this slowdown before many others in our industry and, therefore, have been able to pivot sooner.”

Internationally, FX headwinds have intensified since May.

Zwillinger stated, “As it pertains to our 2022 guidance target, we are taking a conservative view of demand in the second half and proactively managing our business with the assumption that these headwinds will continue through the remainder of 2022. We anticipate that the most significant impact of this change, since our last call, will come from the U.S.”

In response to the current business trends, Allbirds launched a “Simplification Initiatives” restructuring designed to streamline workflow and lower its operating costs.

The company plans to reduce logistics costs in the U.S. by transitioning to automated distribution centers and a dedicated returns processor to optimize inventory, accelerating logistics cost savings and scale its manufacturing base to reduce the company’s carbon footprint and product costs.

“We are investing in various elements of our supply chain to reduce both cost of goods and our carbon footprint,” said Zwillinger. “This includes forming new relationships in our manufacturing base, upgrading to more automated distribution centers, and moving to a dedicated returns processing provider in the U.S.”

At the corporate level, Allbirds has slowed the pace of corporate new hires and backfills, reduced its global corporate workforce by approximately 8 percent and reduced corporate office space to reflect a hybrid working environment. Zwillinger said the reductions will, in part, free up resources to continue to invest in areas critical for long-term demand growth, including product, sourcing and brand marketing.

“Overall, we believe these simplification initiatives will optimize our cost structure, enabling us to drive substantial adjusted EBITDA improvement next year,” said Zwillinger. “In addition, because of the high-quality nature of our inventory, we feel comfortable taking a leaner approach to our inventory management by tightening the open to buy over the next few quarters, increasing turns and focusing on improved free cash flow generation.”

Second Quarter Results Top Guidance On U.S. Retail Momentum
In the quarter ended June 30, revenue increased 15 percent to $78.2 million, topping company guidance in the range of $75 million to $79 million. Sales were up 55 percent compared to 2020. The gain was equally attributable to an increase in the number of orders and average order value, which was, in turn, driven by higher average units per order and price increases on existing products. This was partially offset by unfavorable foreign exchange rates that had an estimated 265 basis points negative impact on net revenue.

By region, revenue in the U.S. grew 21 percent to $59.3 million, led by a strong store performance. U.S. physical retail channel sales grew nearly 120 percent compared to 2021. Allbirds opened five stores in the U.S. during the quarter and nine since the end of 2021, ending the period with 32 in the U.S. Two stores were opened outside of the U.S. during the quarter, ending the period with 14 locations internationally and 46 stores overall.

Elaborating on the U.S. retail performance, Mike Bufano, CFO, said that from May to June, Allbirds saw a sequential slowdown in total company net revenue growth from the mid-20s to the mid-teens. He added, “This was driven by our U.S. business, which began to slow starting in the back half of June. As of today, these trends have not yet abated. Our read on the data is that this slowdown corresponds to a broader slowdown in U.S. discretionary goods spending, specifically in footwear. In other words, we do not believe we are alone in experiencing these dynamics in our U.S. business.”

International net revenue was flat at $18.9 million as the business was negatively impacted by external headwinds, including COVID-19 restrictions in China, the war in Ukraine and unfavorable foreign exchange rates that had an estimated 945 basis points negative impact.

“In what continues to be a tough macroeconomic backdrop, we are proud of our growth compared to the category and believe we continue to take share as our products and value proposition continue to resonate,” said Zwillinger.

Addressing product, Zwillinger said Allbirds generated a “highly successful” launch of its first high-performance running shoe, the Flyer. He added, “We’ve made incredible strides in our foray into the performance footwear category, with the Dasher, Trail and Flyer franchises together now comprising 24 percent of total sales. We believe that now, perhaps more than ever, given the record heat waves occurring around the globe, our relentless focus and authentic leadership in the sustainable footwear category truly sets us apart and will allow us to win with consumers for years to come.”

On an adjusted basis, gross profit, which excludes a non-cash charge of $11.6 million primarily related to the non-recurring write-down of apparel inventory, gross profit increased 4.5 percent to $39.8 million compared to 2021 and adjusted gross margin was 51.0 percent compared to 56.1 percent in 2021.

SG&A expenses in the quarter surged 43.8 percent to $41.7 million and increased as a percent of sales to 53.4 percent from 42.7 percent a year ago. The year-over-year increase is primarily attributable to expenses for the opening of seven stores during the period and operational expenses for 19 additional stores opened since the second quarter of 2021, increased headcount, and recurring public company operating costs.

Looking ahead, Bufano said the more cautious approach to 2020 reflects uncertainty around “the length and severity of the external headwinds, which now include the slowdown in U.S. consumer spending.”

The lowered guidance for the year reflects an impact of $20 million to $25 million on international net revenue from external headwinds, up from $15 million to $20 million previously and solely due to worsening FX rates. The guidance also reflects expectations that U.S. consumer discretionary spending trends will worsen in the back half of the year and promotional activity will increase, especially in Q4.

“We know that for Allbirds, promotions introduce the brand to new customers, drive demand and efficiently move inventory,” said Bufano. “We are beginning to implement an expanded promotional calendar to include a more typical customer-centric cadence around holidays, as well as markdowns on end-of-season or last-call products. To be clear, we will still be selective with promotions and for the full year anticipate full price yield in our direct channels of approximately 85 percent to 90 percent, which we believe is in line with or higher than other premium brands.”