Eddie Bauer Holdings, Inc. and its subsidiary, Eddie Bauer, Inc., today announced a reorganization of their corporate staff across three locations, eliminating 123 positions in Seattle, Chicago and Columbus while re-aligning the organization to its new strategic direction.

The job cuts represent an aggregate of 16% of the corporate staff.
Neil Fiske, president and CEO, commented, “We have taken a major step to streamline the organization, simplify processes and focus our resources on our strategic priorities. We acknowledged in our last earnings call that our overall costs are too high and that we were going to take action in early 2008 to become more cost competitive.”

“This initiative is one part of our broader, comprehensive program to cut $25-30 million out of the operating cost structure of the business. While the changes are difficult, they put Eddie Bauer on stronger financial and competitive footing. We will be a leaner, stronger, and more focused organization.”

Among the organizational changes this month, Eddie Bauer has:

Tony Krohn has joined Eddie Bauer from The North Face as divisional VP of research, design, and development for outerwear, activewear and gear. Joe Moji joins the Company as divisional VP of financial planning and analysis. “I am thrilled with the addition of Tony and Joe to our management team,” said Mr. Fiske. “They are both well respected, high-impact players who will strengthen our capability in two critical areas.”

“We've made challenging but strategic decisions for Eddie Bauer that will position the company for future growth,” said Mr. Fiske. “We've approached these changes with sensitivity and respect for those employees who have been affected by the restructuring. And we're approaching the future with confidence in our direction, our people and our new management team.”

Eddie Bauer sells its products at approximately 360 stores throughout the United States and Canada, through catalog sales and online. It also participates in joint venture partnerships in Japan and Germany and has licensing agreements across a variety of product categories. 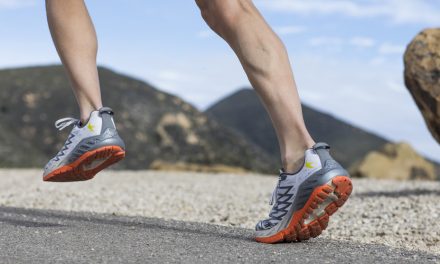 Hoka One One Grows Ambassador Team