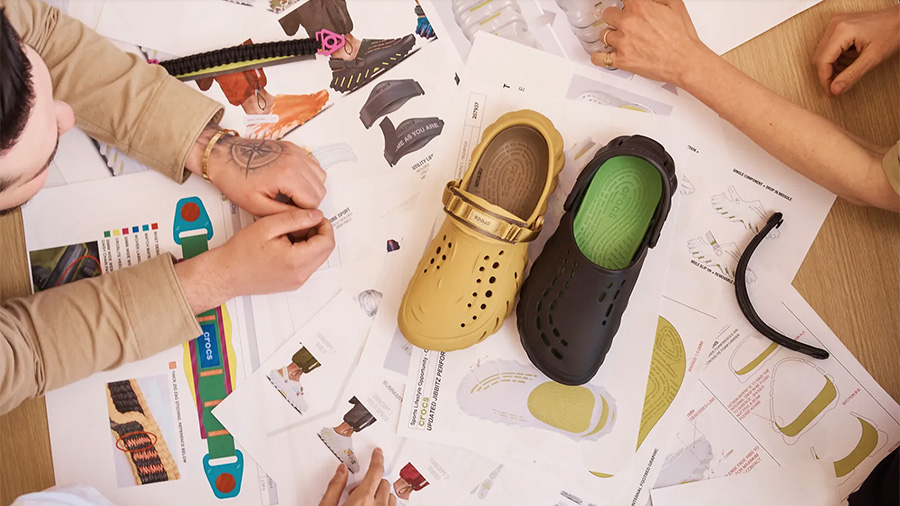 Crocs, Inc. reported sales and earnings came in above guidance in the second quarter ended June 30 as Crocs brand sales grew 19.4 percent on a constant-currency basis. The footwear maker still slightly lowered its sales and earnings guidance for the year.

“I am very proud of our second quarter results,” said Andrew Rees, CEO. “I am particularly excited by record revenues for the Crocs Brand and the strong growth internationally. Hey Dude continues to outperform our expectations, and we now expect nearly $1 billion in pro forma revenues this year.”

“We have two incredibly strong brands that are well positioned to meet the needs of our core consumer with our value and comfort proposition. The consumer demand for both our brands is exceptional and we expect both brands to gain market share in this dynamic environment. We remain incredibly confident in our long-term growth and our ability to generate best-in-class profitability.”

Revenues of $964.6 million were ahead of guidance calling for sales between $918 to $957 million. Adjusted operating margin of 30.1 percent was above guidance of approximately 26 percent, including an estimated $50 million impact from air freight.