Core To The Bone 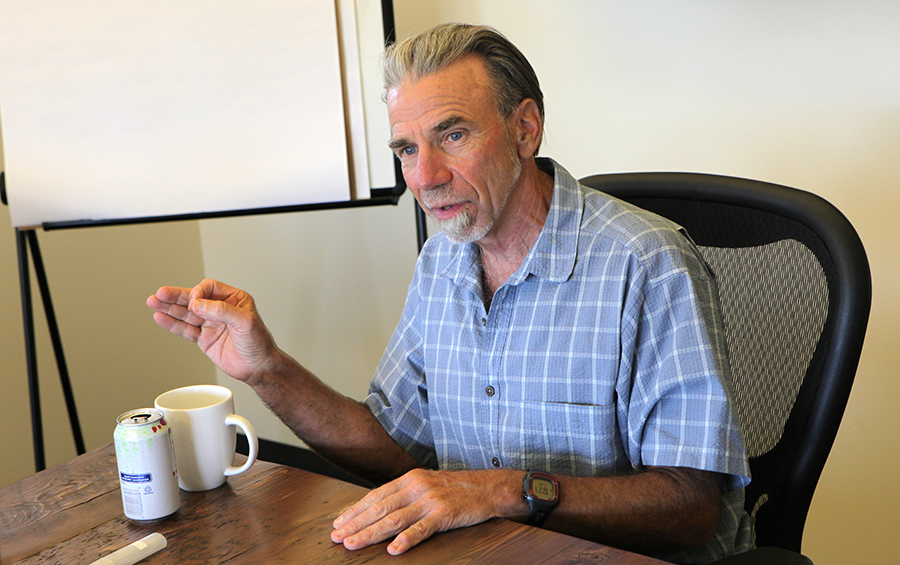 Ultimate Direction comes back from the dead to lead specialty through the hydration depression.

You know that moment on a long run when your knees start to grind and the sloshing in your hydration pack quiets? Out of gas and time to panic — this is the tipping point that separates the wolves from the slobbering pups. Most small to mid-sized outdoor brands don’t make it past the hump, retiring to the kennel for more grassroots fundraising or selling out to big-box for a little slice if cheese.

“Everything was grey, burlap and carpet,” Burrell told SGB during a run and roundtable at our home office in Colorado. “Packs were outdated, not relevant on the scene… the same old stuff for 10 years. Ultimate Direction was stuck.”

Can I Have Your Signature?
Burrell scoured through his experience owning the outdoor store Mountain Sports for 13 years, managing the La Sportiva Running Team, founding the Boulder Outdoor Coalition and Boulder Trail Runners, winning the Teva Mountain Games Everest Award and spending his life doing what Ultimate Direction consumers do, ahem, running! If it were anyone else, Ultimate Direction may have ceased to exist today, and for those who call themselves “core outdoor,” that would be a bullet to the heart.

Like the beaming view of a long downhill stretch, Burrell saw a way to resuscitate the brand by reinventing its stale product assortment. He called the new collection The Signature Series and hired ultramarathon stud Anton Krupicka to co-design a vest — not a pack, a vest — backing the brand with the power of athletes. A domino of big-name runners followed, joining Ultimate Direction to create their own Signature packs, including Scott Jurek, his wife Jenny Jurek, Timmy Olson and Peter Bawkin.

And this was before the popularity of ultra running hit stride.

“We called it the Signature Series because we put their actual signatures on the Nylon,” Burrell added, “and it just blew up.”
Burrell’s Signature Series changed the category of hydration from an accessories division to something that was pre-seasoned.

Stayin’ Alive
Although Ultimate Direction made a comeback for the books, the overarching hydration category is on the decline. This is the result of brick-and-mortar leaving the sale of hydration to online and direct-to-consumer sources. For many of the specialty retailers, Ultimate Direction sells through, the stores themselves express doing lousy in the category, while online sales for those states in which the same retailers are located show off-the-charts performance. So what gives?

“The retailers see themselves as shoe stores and say, ‘we’re already making the money we need on shoes, and don’t want to take the risk on hydration,’” Burrell said. “But the good dealers are totally down with it.” Despite the challenge in transferring online sales to brick-and-mortar, there are a couple perks to staying core, one of them being specialty doesn’t get hit as hard by recessions, he said.

“Get laid off from your job and the runner says ‘great, more time to run,’” Burrell said. “People who shop at specialty have a different relationship to the activity.” He believes brick-and-mortar is key to bringing the category back to its glory, as retailers are the ones actively bringing more people to the sport. “It’s our lifeblood, but they need to step it up or else the money will go online.” 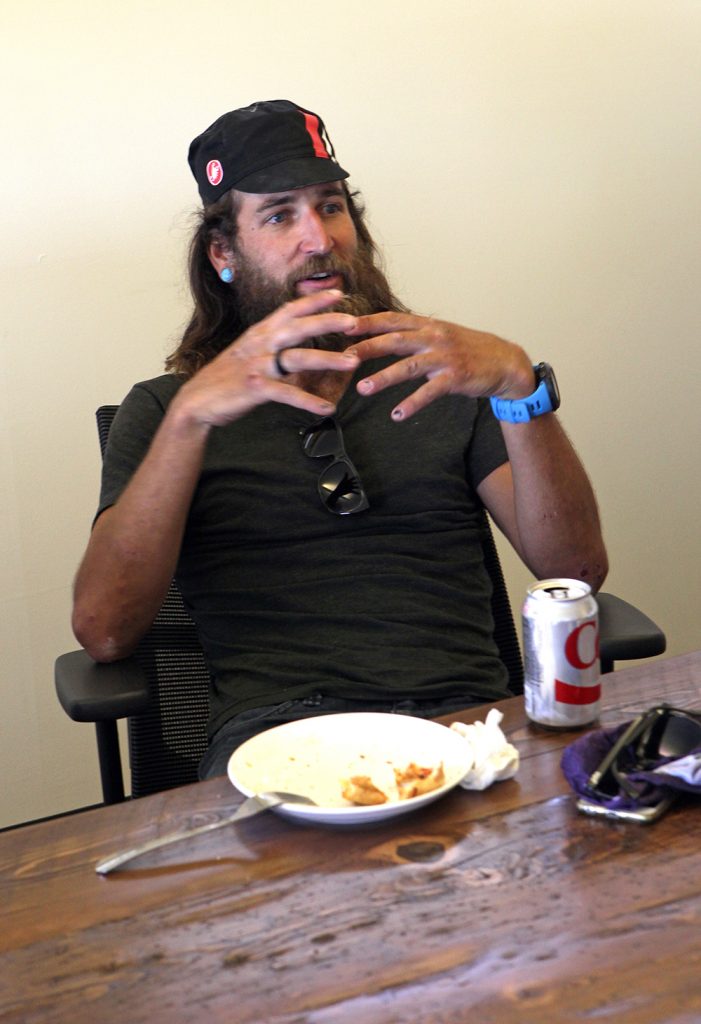 The EU Bunfight
In the United States, brands like Ultimate Direction have an even better opportunity to support specialty due to minimum advertised pricing (MAP) policies. In Europe, MAP is illegal and Burrell said the brand’s U.K. distributor refers to the scene as a discount war, or “bunfight.” Ultimate Direction currently does about 45 percent of its sales outside of the U.S. and while it can rejoice in the strong dollar, worldwide sales are taking a punch.

In the U.S., the biggest retail problem across all of hydration is excess inventory, which makes prices fall for the mass market (Amazon’s wet dream). This is why big box is quick to fall, and Ultimate Direction is set on securing its line in the sand. “We strongly enforce MAP, which means Amazon can’t out-bid our retailers,” Burrell said. “If everyone holds the line, Amazon holds the line.”

In specialty, MAP is a topic constantly at the forefront, but Burrell and Ultimate Direction believe core consumers, dealers and brands are in the position to jointly work together to grow the sport, lending to a giant win-win-win.

Soccer Mom and BBQ Bob
There’s a clear (and growing) gap between hydration in specialty and big box and Burrell attested, “it’s hard to straddle.” But Ultimate Direction is not a Target or Walmart brand. They’re all about specialty and don’t want to cover the entire running industry.

That being said, Ultimate Direction has mass appeal. The brand is currently sold in REI (its largest retailer) but it’s not a major avenue for sales, and from SGB’s talk with Burrell, the brand won’t be pressing to expand that presence any time soon. “If you’re trying to go for the soccer mom and barbeque Bob, you’re drawn just to the numbers.” It’s not Ultimate Direction’s goal to use core athlete credibility to sell book-bags to college students.

“Our next product development cycle is going to be selling more things to the same people,” Burrell teased, “Instead of the same thing to different people, and our dealers like that— they don’t want to see us in Dick’s.”

Fearless Leader
Developed and tested by some of the most elite outdoor athletes, it’s almost comical to call the Ultimate Direction product a vest — maybe superhero cape is more suiting to the caliber of its wearer.

As athlete Anton Krupicka put it, “we’re not in marketing, we’re in product.” He said having Burrell at the helm is an inspiration — a guy who will make prototype changes, despite the expense of using superior fabrics or scrupulous remodeling. He’s one of the pack, not just another corporate suit.
And in today’s world of business, that’s refreshing. 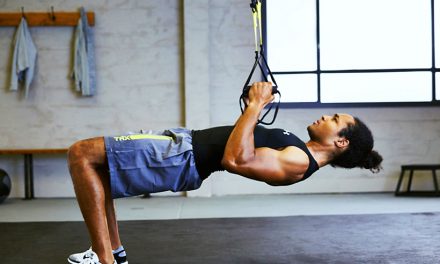 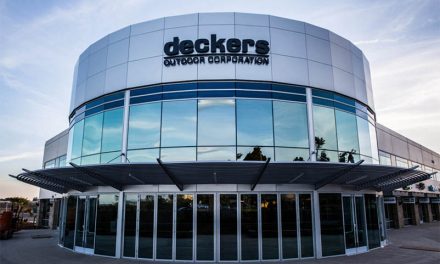 Deckers Brands Boosted By Digital And Hoka Momentum Amid Pandemic 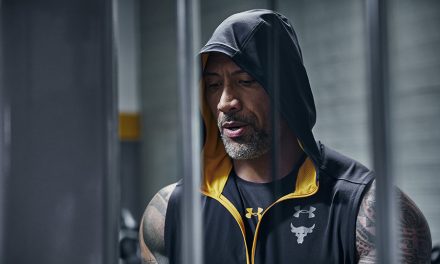 Chase Greatness With Under Armour And The Rock

The Buckle Sees Changes to Board of Directors