At the Prudential Equity Back-to-School Conference, VF Corp. provided some additional color on their new retail strategy, which should account for about 18% of VFs total revenue by 2009. To do this the company will expand from a current store base of 525 to over 900, not including acquisitions. The companys first priority is to expand retail concepts that are already showing traction with consumers. These concepts include Kipling, which uses a small floor plan, high inventory turns, and high margins to be one of VFs more profitable formats. It also includes Wranglers international expansion into China and TNFs retail strategy throughout Asia, Europe, and Eastern Europe.

The company is also testing new concepts like Eastpak in Western and Eastern Europe and Napapijri stores in Europe and key U.S. markets. VF has found that this strategy not only does a “tremendous” job of marketing the brands, but also is becoming a very profitable way to distribute the brands, achieving very similar operating margins to VFCs wholesale business.

VFCs Chairman and CEO Mackey MacDonald, said that the company will continue its acquisition strategy, and that VF likes the outdoor lifestyle market. They will look for entrepreneurial businesses that revolve around a lifestyle activity that can be expanded internationally.

At the Goldman Sachs conference, Dicks Sporting Goods took the opportunity to differentiate its model from the mall footwear retailers and other sporting goods chains. Mike Hines, EVP and CFO, pointed to their success with Crocs footwear as one differentiator, but also said they werent about chasing fashion trends. Their commitment to the core athlete and outdoor enthusiast also gives them an edge over the fashion-focused mall retailer, according to Hines, highlighting the continued success of performance footwear versus the impact of classics on their mall competition. Mr. Hines also indicated that Wal-Mart may be de-emphasizing sporting goods equipment a bit, a move that may reduce the current 10% overlap that DKS shares with WMT in the segment.

DKS will open around 27 stores in Q3. Hines said they have a cash-on-cash expectation of 50% measured in the second full year the store is open, and the analysis they have done has confirmed that they can open at least 800 stores nationally, which, based on their 15% unit organic growth target, would be achieved over the next eight years, excluding any acquisitions.

Looking to store format, Hines sees the two-story model at 10% to 20% of “any particular vintage of new store openings.” Two of the forty new stores this year will be the two-story format. He said that Dicks is the only full-line sporting goods retailer that can go into the mall in any meaningful way, which they see as an advantage as consolidation puts more pressure on mall operators.

Under Armour said it will see its business grow more than 40% on the top-line this year and will produce a 70%+ increase in the bottom-line for the year. Mens is expected to grow around 31% for the year across 9,000 retail doors as the company expands its real estate within its current premium distribution. One category that has provided the company with more opportunity is golf, where UARM has added a number of golf specialty retailers and green grass accounts in addition to expanding its footprint at sporting goods.

Kevin Plank, company chairman, CEO and president, said that the womens business, which was up more than 77% in the first half across 4,500 doors, can eventually become larger than the mens business. Plank said the company is targeting women where they shop, pointing to a five-store test at Nordstrom that started less than 18 months ago and has now expanded to 75 doors.

Is Zappos the Next Public Company Candidate? 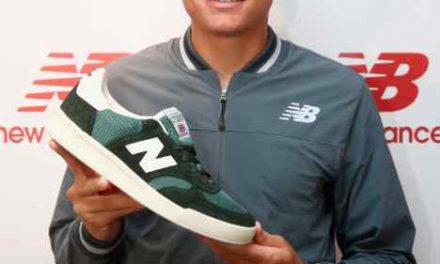