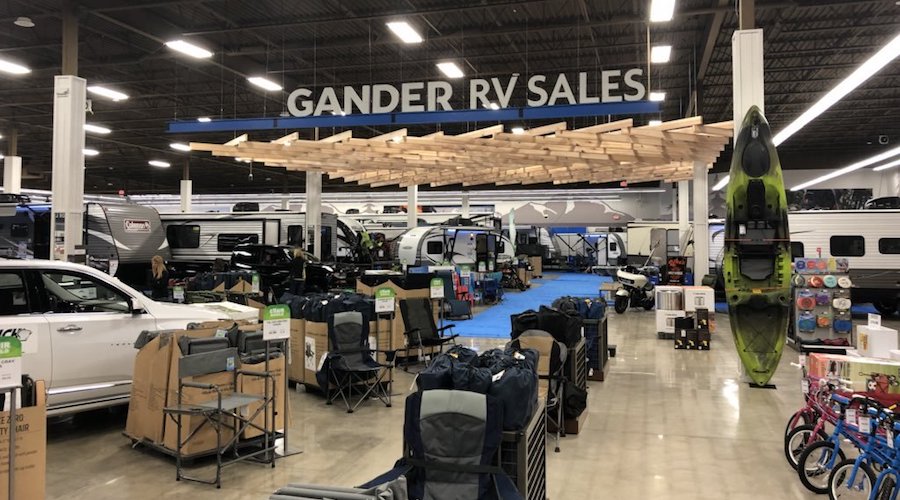 Camping World Holdings Inc. on Thursday posted a net loss for the fourth quarter of $71.5 million due, in part, to a $40 million goodwill impairment charge and $2.4 million in Gander Outdoors pre-opening costs. Earnings per share of (83) cents missed Wall Street’s target by 95 cents.

The company’s fourth quarter revenue of $982.4 million did beat estimates by $17.5 million and was up from the prior-year quarter by 10.6 percent.

The company’s working capital and cash and cash equivalents as of December 31, 2018 were $583 million and $138.6 million, respectively. On a year-over-year basis from December 31, 2017, total inventories increased 10.1 percent to $1,559 million, primarily due to the new Retail locations opened in 2018. New vehicle inventory decreased 8.6 percent to $1,017.9 million and new vehicle inventory per dealership decreased 19 percent to $7.3 million. Retail segment inventory increased to $409.5 million from $188.3 million primarily from the 58 net Gander Outdoors stores opened in 2018. At December 31, 2018, the company had $38.7 million of borrowings under its revolving line of credit as part of its Floor Plan Facility, $1,165.9 million of term loans outstanding under the Senior Secured Credit Facilities, $9.5 million outstanding under the Real Estate Facility, and $886 million of floor plan notes payable under the Floor Plan Facility.

Revision for Correction of Errors

The company corrected for errors that were immaterial to previously-reported consolidated financial statements. These errors were identified in connection with the preparation of the financial statements for the year ended December 31, 2018, and included i) the cancellation reserve for certain of its finance and insurance offerings within the Dealership segment and ii) the calculation of the Tax Receivable Agreement liability that arose from transactions in 2017. The company evaluated the materiality of these errors both qualitatively and quantitatively in accordance with Staff Accounting Bulletin (“SAB”) No. 99, “Materiality,” and SAB No. 108, “Considering the Effects of Prior Year Misstatements When Quantifying Misstatements in Current Year Financial Statements,” and determined the effect of these corrections was not material to the previously issued financial statements as of and for the years ended December 31, 2017 and 2016. However, correcting the cumulative error during the year ended December 31, 2018 would have been material to the current period. Therefore, the amounts in the previous periods have been revised to reflect the correction of these errors. In part as a result of these revisions, the company expects to disclose in its Annual Report on Form 10-K that, as part of its evaluation of its internal control over financial reporting, the company identified a new material weakness in its internal controls that existed as of December 31, 2018, specifically related to the sufficiency of available technical resources at the company.