The Brooks Beasts Track Club is a middle distance, Seattle-based training group formed in 2013 by Brooks to set a new standard for racing, team culture and spirit on and off the track.

“Both Jess and Natalja come from great teams in the NCAA, which means they already understand how working together will help them reach their potential,” said Brooks Beasts Head Coach Danny Mackey. “Their ability and accomplishments show the steps the Beasts are making overall toward being one of the best track teams globally.”

Mackey is a former Hansons-Brooks runner and Olympic Trials qualifier, who recently took the spot as head coach and manager of the Beasts. He holds a Master’s degree in Exercise Physiology and Biomechanics, which helps power the science behind the team’s success, said Brooks Running.

OSU’s Piliusina brings to the group her eight All-American titles. She is the 2013 NCAA 1,500-meter run champion. Brooks Running took notice of her strength over a range of distances, which was evidenced by her Oklahoma State school records in the 800-meter run through the cross country 6K. The Lithuanian athlete represents an important step for the team’s mission both in the U.S. and globally, said Beasts Track Club.

Tonn’s personality and drive were also seen as the perfect matches for the Beasts, according to Brooks. Her speed over the longer end of the middle-distance spectrum was thought to complement the talents of her teammates. Tonn’s 5,000m PR of 15-minutes, 18-seconds is one of the all-time bests in the NCAA. Plus, she is a seven-time All-American.

The addition of Jess and Natalja to the team spotlights the continued growth of the team and its upward trajectory heading into what Brooks Running anticipates as a milestone year for the team and the sport.

Could Running Be Bad For Us? 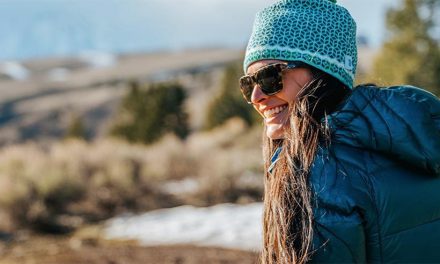