In a statement, Asics America said the fiscal year increase was largely driven by strong sales in the footwear category, including the newest addition, Asics Natural 33 Collection. Additional growth in emerging categories such as tennis and penetration in apparel and accessories also played a significant role in Asics America’s financial progress for 2012. Its volleyball and wrestling categories in the region also found success.

Asics America said it’s on pace to show continued growth in 2013 and is on track to reach its billion dollars sales goal by 2015.

As Asics continuously pushes the limits and expands its product offering beyond running we see the growth and potential to further penetrate new categories, said Asics America’s President and CEO Kevin Wulff, in a statement.  We are thrilled to see the early traction we are already receiving in rising markets and it is a testament to the award winning, athletic performance products we offer.

Gross profit rose 5.8 percent to ¥113.8 billion ($1.15 bn), mainly due to an increase in net sales. Selling, general and administrative expenses increased 8.3 percent to ¥95.2 billion ($963.1 mm) because of the recording of commission paid to distributors as commission fee in line with the recording of net sales at the sales price to end consumers at the Korean subsidiary, in addition to an increase in personnel expenses. As a result, operating income fell 4.9 percent to ¥18.7 billion ($188.8 mm).

In Europe, sales inched up 1.3 percent to ¥61.8 billion ($625.7 mm) but advanced 8.9 percent on a C-N basis, thanks to the strong sales of running shoes. Operating profits were down 5.7 percent to ¥6.6 billion ($67.1 mm) mainly due to a rise in purchasing costs, in spite of a decrease in advertising expenses.

In the Oceanic area, revenues rose 14.5 percent to ¥11.8 billion ($119 mm) and increased 14.5 percent C-N due to the strong sales of running shoes in Australia and a shift in sales to South East Asia from Japan Area to this area. Operating earnings improved 3.0 percent to ¥2.6 billion ($26.0 mm), mainly due to a rise in purchasing costs.

In its statement, Asics Corp. said, In fiscal 2013, ended March 31, 2013, the outlook of the global economy remained uncertain mainly because of the prolonged sovereign debt problems in Europe, despite the economy noticeably picking up in the US and some emerging nations. The Japanese economy showed signs of recovery on the back of such factors as expectations regarding economic policies following the election of a new administration, despite facing difficult conditions due to the effects of decreased exports, deflation and other factors.

In the sporting goods industry, business was steady on the back of a high level of interest in sport owing to rising health consciousness, as well as a running boom.

Under these conditions, the Asics Group continued its efforts to reinforce and expand its business on a global scale based on the Five-Year Strategic Plan, Asics Growth Plan (AGP) 2015. The Asics Group made efforts to strengthen its lineup such as launching GEL-Nimbus 14 and GT-2000, the high-function, global model running shoes onto the market and expanding the lineup of running apparel, in addition to uniting its baseball businesses under the Asics brand and handling high grade products.

On the sales front, the Company established marketing support companies in India and Singapore to expand sales in South Asia and East South Asia. Moreover, the Asics Group strived to expand sales through such measures as opening flagship stores of the Asics brand in London, Barcelona, Kobe and Stockholm, and opening directly managed stores of the Onitsuka Tiger brand and the HAGLÖFS brand, respectively, in Tokyo.

The Asics Group by launching Life Walker, a new series of shoes designed to enable the elderly to walk more comfortably and aimed to prevent them from receiving nursing care, expanded its business into the field of health maintenance of the elderly through exercising.

Being acclaimed for these corporate activities, the Company was ranked 18th in Interbrands Japans Best Global Brands 2013.

Through this organizational restructuring, it is aimed for the Company, as the global headquarter function, to strengthen its business management focused on global market trends and strengthen its product development capability, which is a source of competitiveness, and for Asics Japan Corporation and Asics Sales Corporation to strengthen and expand their respective marketing and sales functions in their businesses in Japan.

In its statement regarding its outlook, Asics stated, “The sporting goods industry, business is expected to remain steady on the back of a high level of interest in sport owing to rising health consciousness, as well as a running boom.

Under these conditions, the Asics Group will swiftly respond to an increasingly globalizing business environment and pursue continuous growth, by working on expanding its businesses in North America which is the largest market in the world and Latin America which is a rapidly growing market, further strengthening of its global headquarter function and reinforcing and enlarging its businesses in Japan, based on the Five-Year Strategic Plan, Asics Growth Plan (AGP) 2015. 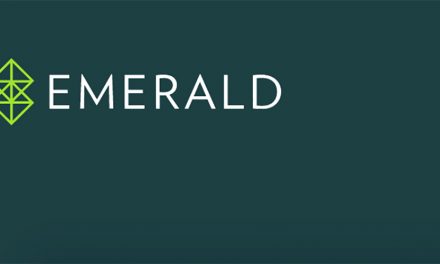