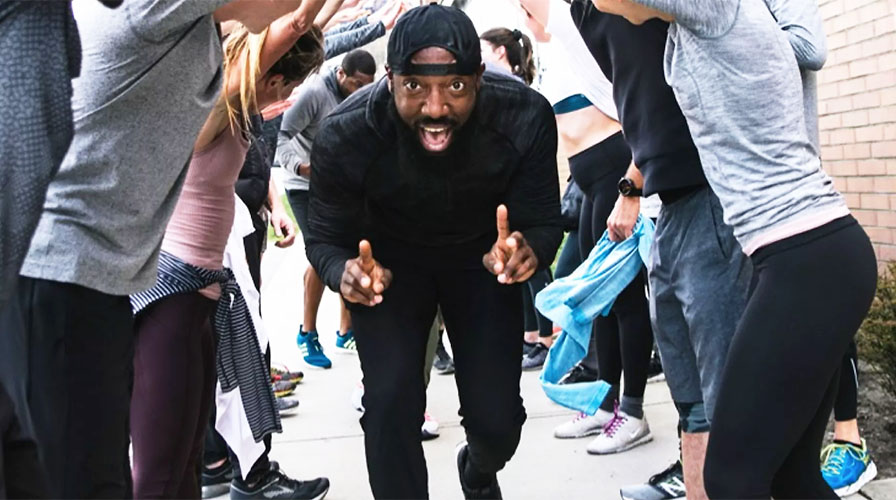 The Top National stories and the Latest headlines across the Active Lifestyle Market for the week of March 29, 2021 covered in the SGB Updates and delivered to your inbox every business day.

•Sequential Brands Amends Credit Agreement, Sees Four Board Members Exit
Sequential Brands Group Inc. said it amended its credit agreement with Wilmington Trust that extends a waiver of existing defaults under the agreement through April 19. As a result, four board members, including Martha Stewart, have resigned. Read more

•NICS Adjusted Background Checks Decline 14 Percent In March
The March 2021 NICS background checks, as adjusted by the NSSF, fell 14.0 percent to 2.04 million from 2.38 million in the same month a year ago. The figures were competing against a year-ago hike of 80 percent when the pandemic started to spread in the U.S.  The performance marked the first decline since April 2019. Read more

•Peloton Completes Precor Acquisition
Peloton announced that it had officially closed on the acquisition of Precor, one of the largest global commercial fitness equipment providers with a significant U.S. manufacturing presence. Read more

•Ballogy Secures Series A Funding Of $6 Million
Ballogy Inc. announced it had completed a $6 million round of Series A financing to further accelerate the growth and adoption of its development and analytics app for amateur athletes. Read more

•REI Cuts International Adventures To Focus On U.S. Destinations
REI said it would discontinue its international adventure travel trips effective May 2021 to invest in its domestic travel growth strategy and expand offerings in hiking and camping, backpacking, cycling, women’s-only, under-35, family, and weekend adventures. Read more

•Kohl’s Sends Letter To Shareholders Highlighting Board Strength
Kohl’s Corporation, which is facing a proxy fight from Activist investors, mailed a letter to shareholders detailing the collective strength of its Board of Directors, which the retailer said: “has been thoughtfully assembled to incorporate the full range of skills and capabilities required to oversee Kohl’s continued momentum.” Read more

•RunSignup Reports Growth At The Close Of Q1 2021
After a challenging year for endurance events and nonprofits, RunSignup said it closed in Q1 of 2021 with encouraging signs of market expansion. Total transactions on the platform in March 2021 were just short of the transactions from March 2019, despite the continued absence of large endurance events. Read more

•Tonal Raises $250M In Funding At $1.6B Valuation
Tonal announced $250 million in new funding, valuing the business at $1.6 billion. This brings Tonal’s total funding to over $450 million. Read more

•Fitbench Celebrates Five-Year Anniversary With Record Growth
Fitbench, based in Oconomowoc, WI, said it doubled its business in 2020 and plans to launch two products this year as it celebrates its fifth year in business in 2021. Read more

•US Lacrosse CEO To Exit After Nearly 40 Years
Steve Stenersen, the CEO of US Lacrosse since the organization’s inception in 1998, announced his intention to depart the organization by the end of 2021. The decision is the outcome of a multi-year series of strategic conversations between Stenersen and the US Lacrosse Board of Directors about succession planning and organizational evolution. Read more

•Report: Chinese Boycott Losing Momentum
A Chinese consumer boycott threat against international brands including  Nike and Adidas appeared to be losing momentum over the weekend, according to a report from the South China Morning Post. Read more

•The Carlyle Group Partners With END.
The Carlyle Group has acquired a majority stake in luxury, streetwear and sportswear retailer END. The stake is being acquired from founders Christiaan Ashworth and John Parker, who will retain a significant minority stake and remain co-CEOs. Read more

•Nordstrom’s Debt Ratings Upgraded To Stable
S&P Global Ratings revised the debt rating outlook on Nordstrom to stable from negative reflecting its belief that the retailer will demonstrate a sequential recovery in operating performance this year, generating more than $1 billion in operating cash flow. Read more

•Fanatics, NFL To Launch Amazon Storefront
Fanatics, which operates the NFL Shop online store, in a partnership with the NFL is developing an NFL Shop “storefront” on the Amazon platform, marking the first time Fanatics will sell its products on Amazon. Currently, customers can shop all of the expanded selections at Amazon.com/nfl. Read more

•MyFitnessPal Appoints Chief Executive Officer
MyFitnessPal announced that Tricia Han will join the company as its new CEO. Han was previously CEO of Daily Burn and chief product officer and GM of US for Care.com. Read more

•Tecnica Group Appoints New CEO And General Manager
Tecnica Group has tapped Giovanni Zoppas as its new CEO and General Manager, effective May 2021. Zoppas will take over the role held on an interim basis by the Group’s Chairman Alberto Zanatta, after its previous CEO, Antonio Dus, left in December 2020. Read more

•Primary Arms Names VP Of Compliance
Primary Arms has announced the promotion of Joyce Banda to the role of vice president of compliance. Read more

•Omega Sports Files For Bankruptcy
Omega Sports Inc., based in Greensboro, NC, filed a bankruptcy petition in the U.S. Bankruptcy Court of the Western District Of North Carolina. Read more