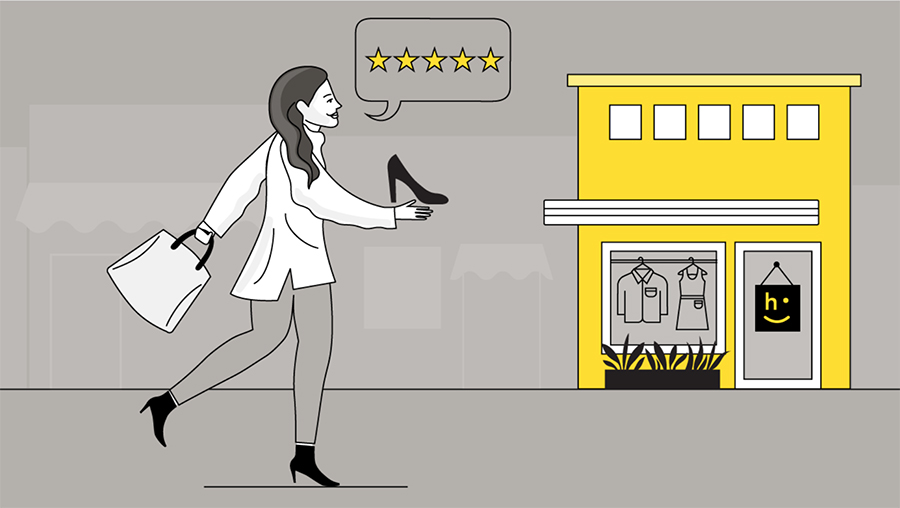 Top National Stories and the Latest Headlines from SGB Updates across the Active Lifestyle Market during the week of June 1, 2020.

›Gearlab Adds Canadian Sales Rep | June 4
Gearlab Outdoors has added new sales representation in Canada, expanding its global footprint in the paddle and watersports markets. Stepping into the Canadian sales role is Michael Gilbert who is the founder of B.C. Kayak Centre and life-long kayaking instructor and enthusiast. Read more

›NBA Approves Format To Restart Season With 22 Teams | June 4
The NBA Board of Governors approved a competitive format to restart the 2019/20 season with 22 teams returning to play and a tentative start date of July 31. The Board’s approval is the first formal step among many required to resume the season. Read more

›Wigwam Mills Reopens Factory With New Generation At The Helm | June 4
Wigwam Mills Inc. has reopened its factory as Wisconsin’s stay-at-home restrictions have been eased by Wisconsin Governor Tony Evers. In addition, the Wigwam Board of Directors announced that leadership of the 115-year old brand has shifted to the fourth-generation siblings Chris Chesebro and Margaret Newhard. Read more

›Nike’s “Don’t Do It” Ad Earns Wide Praise But Some Pushback | June 4
Nike’s new “Don’t Do It” ad has drawn support from viewers although it falls short of the brand’s 2018 Colin Kaepernick ad on a couple of key measures according to findings from Ace Metrix which tracks advertising effectiveness. Read more

›Zumiez’s Q1 Sales Drop 35 Percent | June 4
Zumiez Inc. reported sales tumbled 35.3 percent in the first quarter ended May 2 and slid 8.6 percent in May.  The action sports retailer closed the quarter with 9 percent of its stores opening and ended the month of May with 69 percent open. Read more

›Canada’s Sail Outdoors Files For Bankruptcy Protection | June 4
Sail Outdoors Inc., which operates 18 outdoor stores in Canada under the Sail and Sportium banners, has filed for bankruptcy protection in response to challenges posed by COVID-19 with a plan to restructure finances. Read more

›The Buckle’s Sales Drop 17 Percent In May | June 4
The Buckle Inc. announced that total net sales for the four-week fiscal month ended May 30 decreased 16.8 percent to $51.2 million from net sales of $61.5 million a year ago. Read more

›Duluth Trading Sees Modest Q1 Revenue Decline | June 4
Duluth Holdings Inc., the holding company of Duluth Trading, reported only a modest sales decline in the first quarter of May 3 as an acceleration of online sales helped to make up for store closures tied to COVID-19. Losses doubled in the traditionally-slow period for the brand. Read more

›The Running Event Confirms 2020 Dates | June 4
The Running Event (TRE) has confirmed that it is moving forward with the 2020 planned event in Austin, TX from December 1-3, 2020. Event registration will open in mid-August. Read more

›Columbia Sportswear Closes Stores During George Floyd’s Memorial Services | June 4
Columbia Sportswear in an internal memo said it will be closing all its stores for two hours during George Floyd’s memorial service, make donations to the NAACP Legal Defense Fund and the Marshall Project, and double-match contributions by employees to non-profits addressing racism. Read more

›MLS, Players Reach New Agreement, Sets Stage For Resuming 2020 Season | June 4
MLS and the MLS Players Association completed a new collective bargaining agreement on Wednesday after the MLSPA voted to approve a revised plan, paving a way for a return to play in July. Read more

›Adidas Business In Greater China Returns To Growth In May | June 4
Adidas said that in Greater China, the company’s first major market on the road to recovery, all its own- and partner-operated stores have been open since mid-April. While store traffic remained below the prior-year level in May, targeted efforts to revitalize retail has led to sequential improvements since stores reopened. Read more

›Nike EYBL Cancels 2020 Events | June 3
The Nike EYBL, one of the most prominent AAU basketball organizations in the country, announced that it is canceling all of its scheduled events for 2020. Read more

›Catsports Acquires Sports Equipment Of Toronto Ltd. | June 3
Catsports has completed the purchase of Sports Equipment of Toronto, further strengthening its position as a Canada-wide leader in the sale of sports and recreational equipment for the institutional market. Read more

›NBA Expected To Approve 22-Team Plan To Restart Season | June 3
The NBA plans to resume play on July 31 with 22 of its 30 teams competing for the final seeds of a 16-team playoff, according to a report from ESPN. Read more

›L.L. Bean Repens Flagship In Freeport | June 3
L.L. Bean announced it is opening its flagship store in Freeport, ME along with outlets also in Freeport, Bangor, and Ellsworth, ME respectively. Read more

›Walmart Removes Firearms From Sales Floor Amid Protests | June 3
Walmart removed ammunition and firearms from floor displays at some of its stores in the wake of the protests sparked by the death of George Floyd. Read more

›ADP: Private Payrolls Down 2.76 Million In May | June 3
Private sector employment decreased by 2.76 million jobs from April to May according to the May ADP National Employment Report. Read more

›Golf Emergency Relief Fund Delivers Over $4 Million In Phase 1 Grants | June 3
In the face of overwhelming need from workers across the golf industry suffering hardship due to the COVID-19 pandemic, the Golf Emergency Relief Fund has awarded over $4 million to more than 3,300 individuals seeking assistance during Phase 1 of the initiative. Registration limits were reached within 24 hours after the fund was opened on April 15. Read more

›More Than Three Million Athletes Compete In Spartan’s Virtual Race | June 3
Spartan succeeded in hosting its biggest event to date in collaboration with World OCR with more than 40,000 athletes posting results in 24 hours across the virtual finish line in more than 100 countries during “Project Unbreakable: The World’s Largest Virtual Race, powered by Rakuten.” Read more

›NGF Sees Golfers ‘Scratching Their Itch to Play’ | June 3
National Golf Foundation President and CEO Joe Beditz said a survey completed over the weekend indicated that 86 percent of core golfers reported that they’ve teed it up in the past couple of weeks. Read more

›Wigwam Mills Lays Off Employees Due To COVID-19 | June 2
In a letter to the Department of Workforce Development, Wigwam Mills said approximately 121 of its 142 employees will be laid off due to the “adverse impact” COVID-19 has had on its operations and sales. Read more

›Firearms Background Checks Surge Again In May | June 2
The FBI completed 1.6 million gun background checks on an NSSF-adjusted basis in May, a hike of 75.2 percent compared to the May 2019 NSSF-adjusted NICS figure of 910,910. The rate builds on gains of 69.1 percent in April and 41 percent in March. Read more

›The Buckle Suspends Dividend | June 2
The Buckle Inc. announced that at its quarterly meeting of the Board of Directors, held on June 1, the Board temporarily suspended the company’s quarterly dividend payments. Read more

›Pure Fishing’s Debt Ratings Lowered | June 2
Standard & Poors lowered its debt rating on Pure Fishing to CCC+ from B- as it believes a weak economic and retail outlook in 2020 might cause Pure Fishing’s lease-adjusted debt to EBITDA to be above 10x before improving to below 10x in 2021. Read more

›True Spec Opens Denver Custom Fitting Studio | June 2
True Spec Golf announced the opening of its newest outdoor fitting location at The Ridge at Castle Pines North in Denver, CO. This new location is the result of a partnership between True Spec and Troon. Read more

›NRF Chief Economist Said ‘Uncertainty Abounds’ In Predicting Recovery From Coronavirus Pandemic | June 1
While the reopening of businesses shut down by COVID-19 is a significant step forward, it is too soon to say how quickly or smoothly the nation’s economy will recover, National Retail Federation Chief Economist Jack Kleinhenz said. Read more

›NRF Issues Statement On Incidents At Retail Stores | June 1
In response to the incidents involving retailers following the death of George Floyd, NRF’s President and CEO Matthew Shay said in a statement, “Defacing, looting and plundering businesses, whether viewed as a direct outgrowth of fury or an opportunistic act of vandalism and theft, impedes progress and healing.” Read more

›VF’s CEO In Employee Memo Compares Racism To Virus | June 1
In a letter sent May 30 to all employees entitled, “Racism is another virus to eradicate,” VF chairman, president and CEO Steve Rendle called George Floyd’s death “tragic” and “stomach-churning” — and likened racism to the coronavirus pandemic. Read more

›Columbia Sportswear’s CEO Speaks Out Against Racism | June 1
In a letter to employees, Tim Boyle, chairman, president and CEO, of Columbia Sportswear, said the company fully supports “all victims of racism and all who speak out and act against racial injustice.” Read more

›NSGA Makes Changes To Board Of Directors | June 1
Three changes to the National Sporting Goods Association (NSGA) Board of Directors were made which include the start of a three-year term as Chairman for Pat Donnelley (Donnelley Sports, Inc.). Greg Miller (Universal Athletic) was selected as treasurer/chairman-elect and Ron Rugal (B&R Sporting Goods) joined the Board. Their appointments went into effect on June 1. Read more

›Sports Industry Takes A Stand Against Racial Injustice | June 1
Nike, Foot Locker, Adidas, Brooks, Nordstrom, New Balance, and Under Armour were among the companies in the active lifestyle industry issuing statements and messages appealing for solidarity against racism amid the protests in the U.S. over the death of George Floyd. Read more

›NPD Report: Consumers Ready To Hit The Road This Summer | June 1
According to a recent report compiled by The NPD Group, key camping, RV and road trip essentials are seeing double- and triple-digit growth as national parks and other areas around the country begin to reopen. Read more

›National Park Visits Show Some Recovery In May | June 1
National park visits were down 2.3 percent in May after falling 22.8 percent in April and 16.4 percent in March amid park closures and social-distancing restrictions, according to the National Parks Service. Read more

›NCAA Survey Shows Student-Athletes Grappling With Mental Health Issues | June 1
Since college sports were halted by COVID-19  in March, most respondents in an NCAA student-athlete well-being survey reported experiencing high rates of mental distress. The survey, which was open from April 10-May 1 and had responses from more than 37,000 student-athletes, also showed 82 percent of respondents reported feeling positive, or very positive, about the support they are receiving from their coaches. Read more