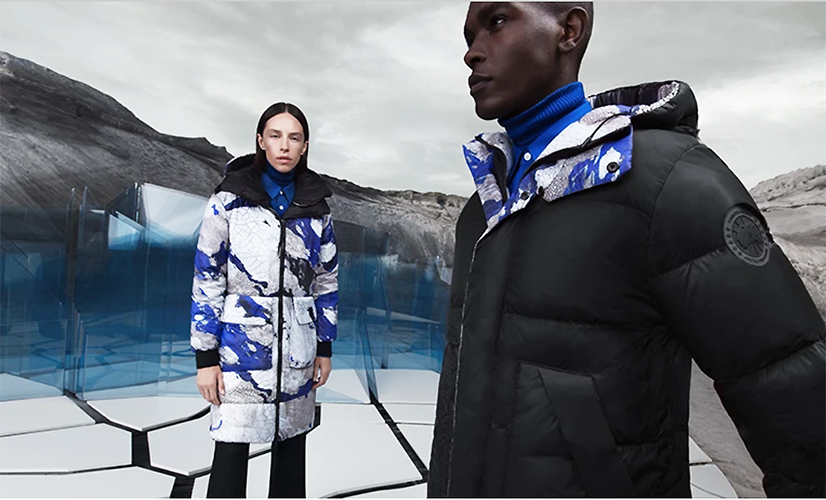 Canada Goose cut its full-year forecast for sales and profit after reporting that the coronavirus is “having a material negative impact” on results. Read more

Nike stirred controversy once again with Wednesday’s drop of the Air Zoom Alphafly Next%. Read more

Pioneer, the cycling power meter specialist, has signed an agreement to transfer its cycle sports business to Shimano. Read more

Under Armour Inc. on Wednesday announced that Colin Browne has been appointed COO and Paul Fipps has been named chief experience officer (CXO), a newly created position. Read more

Frampton, Quebec-based Esquif Canoes announced this week that David Hadden will join the company in the newly created role of director of business development. Read more

Mizuno signed Ronda Rousey as the newest addition to the Mizuno roster of athletes in North America. She had been with Reebok. Read more

Fjällräven, the Swedish heritage outerwear brand since 1960, will celebrate the grand opening of a new 6,000-square-foot brand center in downtown Denver, CO, this summer. Read more

L.L.Bean said it plans to lay off 200 employees companywide at the end of February and close its call center in Lewiston, ME, in 2021. Read more

Adidas said it was closing a “considerable” number of its stores in China due to concerns over the coronavirus outbreak, according to a report from Reuters. Read more

In the context of the evolving dynamics related to the coronavirus in China, Nike Inc. said it is prioritizing the health and safety of its store associates and partners, in cooperation with local authorities. Read more

Baseball Express, the oldest continuously operating online baseball store in the country, is celebrating its 30th Anniversary in business in 2020. Read more

Oros, the outerwear start-up based in Portland, OR, has opened a pop-up in Chicago. Read more

In advance of its Investor Day later this week, Macy’s Inc. on Tuesday announced an updated strategy and three-year plan designed to stabilize profitability and position the company for growth. Read more

Planet Fitness Inc. this week announced the appointment of Enshalla Anderson to its board of directors, effective immediately. Additionally, the company has announced internal senior leadership appointments. Read more

According to Fanatics, sales of Super Bowl championship merchandise across the Fanatics network of sites are up more than 70 percent year-over-year following the Kansas City Chiefs win. Read more

VF Corp. will move its Global Innovation Center in Alameda, CA, to Denver, according to the Denver Business Journal. Read more

Skechers has partnered with Jamie Redknapp, the former Liverpool and England soccer star, to support its growing business in the UK and other European markets. Read more

Peloton announced that it has settled its patent infringement litigation against Flywheel Sports Inc. Read more

Snowsports Industries America (SIA) announced the finalization of its acquisition of the Denver and Boston Ski and Snowboard Expos from BEWI Production Inc. and the launch of the re-branded events as Snowbound. Read more

Kohl’s has appointed Yael Cosset to its board of directors. Read more

VF Corp. announced the commencement of cash tender offers for a combined $750,000 in notes.  Read more

S&P Global Ratings affirmed the ratings of Canadian Tire Corp. Ltd. at ‘BBB+’ due to expectations management will focus on improving debt leverage. The ratings outlook is stable. Read more

CBD Universe, a private label manufacturer and distributor in the hemp industry, and Spyder, the ski and performance brand, have partnered to create a hemp-infused product line built for an active lifestyle. Read more

Stein Mart Inc. entered into a definitive merger agreement under which an affiliate of Kingswood Capital Management, L.P. will acquire all of the outstanding common stock of Stein Mart not already beneficially owned by affiliates of Jay Stein, Stein Mart’s former CEO and current chairman of the Board of Directors, for 90 cents per share in cash. Read more