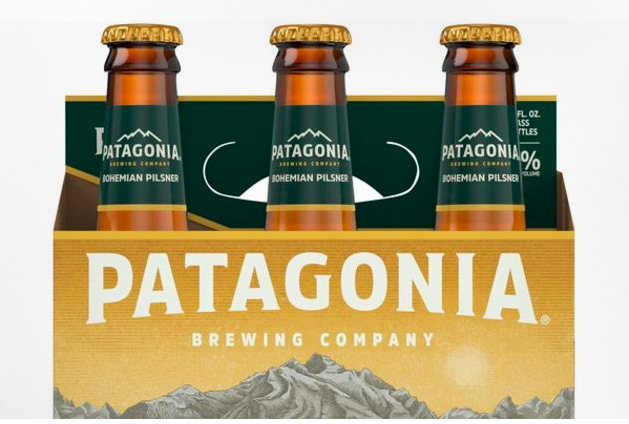 Patagonia has filed a lawsuit against AB InBev, the parent of Anheuser-Busch, claiming the brewer’s Patagonia beer is a “copycat brand.” Patagonia wrote in legal papers in part, “In short, AB has done everything possible to make it appear as though this ‘Patagonia’ beer is sold by Patagonia.” Click here to read more.

SRAM announced the acquisition of the PowerTap line of bicycle power meters from Saris.

Asics announces the launch of Asics Accelerator Program, a business partnership acceleration program, for startups. The program seeks ideas from startups for products, services, and contents that would contribute to business opportunities in 2020.

About 63,000 bicycles with steerer tube collars from Specialized Bicycle Components are being recalled. The bicycle’s steerer tube collar can crack if exposed to corrosion resulting in sudden loss of steering control, posing fall and injury hazards to the rider.

Acushnet Holdings Corp., the parent of Titleist and FootJoy, announced that it elected Keun Chang (Kevin) Yoon to serve out the remainder of the late Jon Epstein’s term on the company’s board.

Salomon announced the appointment of George Egan to the new role of U.S. outdoor commercial manager for footwear.

Irwin Jacobs, the founder and CEO of FLW (Fishing League Worldwide) has passed away.

Nike is expected to replace New Balance as the kit supplier of the famed English Premier League soccer club, Liverpool.

About 2,600 Field & Stream Timberline Hang On Tree Stands are being recalled by Dick’s Sporting Goods.

Hanesbrands is closing a plant in Mount Airy, NC, that made Hanes and Champion socks. Approximately 220 employees will be impacted.

Ross Stores Inc. announced that Michael O’Sullivan, the company’s president and chief operating officer since 2009, has resigned from the company and its board of directors effective immediately to accept a position with another company.

Delta Apparel Inc. on Thursday announced the appointment of Glenda E. Hood to its board of directors.

Fred’s Inc., which operates discount stores throughout the Southeast, announced the retention of PJ Solomon to evaluate strategic alternatives to maximize value for shareholders. The company also said it will close 159 of its 557 stores.

Adidas has signed a multi-year partnership to become the official athletic footwear and apparel brand of the new Premier Lacrosse League (PLL).

The Premier Lacrosse League (PLL) announced that Cascade Lacrosse and STX have signed on as sponsors of the new professional league.

Asics announced a five-year sponsorship deal to return as the official footwear and apparel partner and presenting sponsor of the Los Angeles Marathon beginning in 2020. Skechers Performance, a division of Skechers, took over sponsorship of the marathon in 2016.

The WTA (Women’s Tennis Association) and PTR recently signed an agreement designating PTR as an official partner of the WTA Coach Program.

James Gatto, the former Adidas executive, agreed to pay $342,438 in restitution to Kansas, Louisville and N.C. State after being convicted on felony charges of wire fraud and conspiracy to commit wire fraud last October.

With tariff increases delayed for the foreseeable future and the busy summer season approaching, imports at the nation’s major retail container ports are beginning to climb again, according to the monthly Global Port Tracker report released by the National Retail Federation and Hackett Associates.

A new initiative is underway to network, grow and raise awareness of Vermont’s diverse businesses, large and small, that help make the state a leader in outdoor recreation. Vermont is home to a number of outdoor brands, including Orvis, Burton, and Darn Tough.

To celebrate one of the greatest weeks in running, Runner’s World and Salomon are collaborating on a pop-up experience on Newbury Street in Boston called the Runner’s World Townhouse.

Research from YouGov RealTime finds that Americans consider March Madness’ Final Four to be one of the year’s most exciting sporting events. Only the Super Bowl and the NBA Finals scored higher.

Kohl’s announced that it has received the 2019 Energy Star Partner of the Year Sustained Excellence Award for continued leadership and superior contributions to Energy Star.

Canada Goose announced plans to open six new stores with two in Europe, one in the United States and three in Canada.

The Women’s National Basketball Association (WNBA) announced a multiyear partnership with AT&T, making the global communications and technology company the first non-apparel partner to have its logo featured on the front of all 12 team jerseys throughout the league.

Topgolf announced that its first Topgolf Lounge, a bar and gaming experience, is set to officially open outside Seattle later this year.

Guidefitter announced it has launched an influencer marketing solution compatible with federal firearms license requirements. It has also added Sheridan, WY-based Weatherby as an outdoor gear partner and its first firearms brand partner

Nike issued a statement stating it won’t respond to allegations from celebrity lawyer, Michael Avenatti, that the company paid more than $170,000 to incentivize elite basketball players to attend Nike-sponsored colleges.

The Conzzeta Group, based in Switzerland, reported that its Outdoor segment (Mammut Sports Group) generated net revenue of CHF 253.4 million in 2018, up 10.9 percent, with double-digit growth in all three regions, Europe, America and Asia.

Retail industry employment in March was down by 11,700 jobs seasonally adjusted from February and down 47,400 jobs unadjusted year-over-year, the Labor Department said.

The Oklahoma Sooners and Fanatics have partnered to open The Sooner Shop, the flagship retail store for OU Athletics, located on the west side of Gaylord Family – Oklahoma Memorial Stadium.

Pearl Izumi and The Renewal Workshop are setting up shop at the Sea Otter Classic, April 11-14, 2019, to collect used Pearl Izumi gear to repair and refurbish through CircleBack, giving gently used products a second life instead of adding to landfills.