Accell Group N.V., the leading European bicycle company with brands such as Haibike, Koga, Batavus and Raleigh, announced that its ‘Lead Global. Win Local’ strategy is starting to pay off in its core markets (excluding North America). Growth in the second half of 2018 accelerated to 10.4 percent, bringing FY core turnover growth to 6.1 percent.

Accell Group said it expects continued growth in 2019 in its core business, driven by a strong consumer interest in especially e-bikes and cargo bikes and strong innovations like the winning ‘E-bike of the year 2019’ in Netherlands with the Sparta M8B. 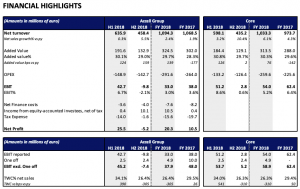