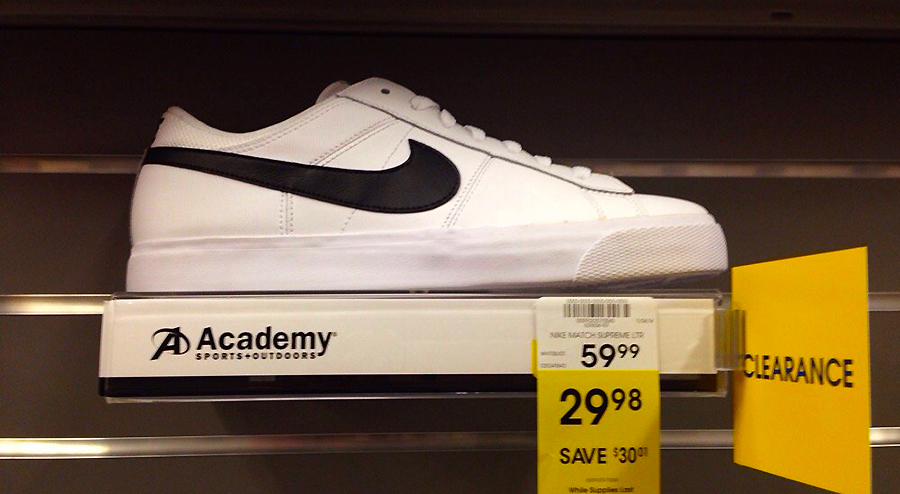 The debt ratings of Academy Sports + Outdoors Inc. were raised by S&P Global Ratings as the retailer recently announced continued growth in the second quarter ended July and filed for a potential IPO.

S&P upgraded its issuer-credit rating to ‘B-‘ from ‘CCC+’ on lower refinancing risks. At the same time, S&P said it is raising its rating on its senior secured term loan to ‘B-‘ from ‘CCC+’. The ‘4’ recovery rating reflects its expectation for average recovery (30 percent-50 percent; rounded estimate: 40 percent) in a payment default.

The developing outlook reflects S&P’s view that an upgrade or a downgrade is possible over the next year, depending on whether Academy can successfully refinance its July 2022 term loan maturity, sustaining lower leverage reflecting a moderated financial policy, as well as maintain generally consistent operating performance trends.

S&P said, “Academy’s operating performance has improved since late 2019, as sales and EBITDA benefited from increased demand for outdoor equipment and sports equipment. Although we think the long-term demand trends remain uncertain, we believe good performance will continue over the near term, albeit normalizing in 2021. In our opinion, the performance improvement along with better free operating cash flow (FOCF) have led to lower near-term refinancing risks. In addition, Academy recently filed for a potential IPO and we believe the proceeds from such a transaction (along with cash generation) could be used to redeem part of its term loan debt at par if the transaction were to materialize. These events in addition to the recent increase in pricing on its secured term loan facility led us to believe that refinancing prospects have improved and the risk of a near-term below-par restructuring has diminished.

“That said, our view is tempered by other risks. This includes continued uncertainty around the timing of the term loan refinancing, which becomes current in July 2021, regardless of a potential IPO. We also continue to expect uncertain long-term positive performance sustainability at Academy and think the company remains susceptible to fierce industry competition.

“Risks notwithstanding, we expect continued growth and FOCF generation in 2020.

“Through the second quarter ended in July 2020, total revenue and comparable store sales increased more than 18 percent and 15 percent, respectively, on escalating demand for outdoor products. At the same time, S&P’s adjusted EBITDA gained more than 40 percent over the same period. We attribute the performance improvement to higher spending on sports and outdoor equipment, in large part attributable to consumers looking for socially distance entertainment options and hobbies during the pandemic. Although we expect the apparent demand to abate over time, we also believe this growth will continue through 2020 and project sales and EBITDA increasing at a double-digit-percent rate on a full-year basis.

“Moreover, Academy has generated more than $700 million in FOCF through the first half of the year. We think the cash generated resulted from a combination of performance improvement and timing of working capital flows. For the full year, we project FOCF in excess of $400 million despite continued performance improvement, largely because the negative expected working capital flows in the back half of the year. We believe the company’s FOCF generation supports its improved refinancing prospects, as we project a significant proportion of the cash generation will remain on the company’s balance sheet notwithstanding a potential IPO and debt redemption.

“The company’s operating results will likely normalize in 2021 and we project a low-single-digit-percent decline in sales and a modest decline in adjusted EBITDA.

“We believe 2020 results likely benefited from pull-forward demand and government stimulus, the latter especially relevant to Academy’s customer segmentation. We do not project either event to reoccur in our base-case projections for next year. We also expect Academy’s apparel and footwear sales, comprising more than 30 percent of its sales, to experience uneven performance for the next 12-18 months. In addition, we think the company’s firearm and ammunition revenue will likely remain volatile. Firearms and ammunition contribute a significant portion of sales (about 6 percent of the revenue) and have been historically unpredictable, a trend we expect to continue.

“We believe Academy will maintain a limited market position in the sports retailing sub-industry.

“Academy participates in the highly competitive and mature sport retailing industry. We view the company as a larger regional player in its space, with stores primarily in Texas and adjacent southern states. The company positions itself as a value player and competes with significantly larger and better-capitalized players. We think this position places the company at a potentially long-term disadvantage, as the industry is prone to discounting and competitive pricing. We also believe sporting goods and related products remain a highly fragmented sector with increasing competition from many players, including larger specialty retailers such as Bass Pro, pure-play e-commerce competitors such as Amazon, and big-box retailers such as Walmart. Moreover, we believe Academy and the sports retailing industry may experience increased volatile performance over the medium term following the recent gains, because of the pandemic and its effects on the economy.

“Academy’s recent performance trends have benefited from its market position as a value-oriented sporting goods retailer. In addition, we project a lower capital spending of about $50 million in 2020, from $62 million in 2019 and more than $100 million in 2018. The reduced capital spending reflects the company’s strategic pullback on new store openings and a greater focus on in-store experiences and omnichannel initiatives. As such, we expect Academy to primarily invest in its omnichannel capabilities over the next few years. This spending has benefited operating performance, especially in the early months of the pandemic, and in part because of these initiatives we have revised our view of the company’s business risk to weak from vulnerable.

“Still, we project Academy’s omnichannel sale penetration amounts to about 10 percent of its total sales. This is despite management’s efforts to narrow the gap in recent quarters and the significant growth experienced during the last few months. Moreover, as the company works to expand its online capability, we believe its lack of experience and operational know-how in this area could lead to potential setbacks and amplify profit volatility.

“S&P Global Ratings acknowledges a high degree of uncertainty about the evolution of the coronavirus pandemic. The current consensus among health experts is that COVID-19 will remain a threat until a vaccine or effective treatment becomes widely available, which could be around mid-2021. We are using this assumption in assessing the economic and credit implications associated with the pandemic (see our research here). As the situation evolves, we will update our assumptions and estimates accordingly

“The developing outlook reflects the probability that we could lower or raise the rating, depending on whether or not Academy can successfully refinance its July 2022 maturity, sustaining lower leverage based on a more moderate financial policy, as well as maintaining generally consistent operating performance trends.

“We could lower the rating if we don’t expect a timely refinance of Academy’s term loan facility maturing July 2022, leading us to view its capital structure as potentially unsustainable. Under such a scenario, we would expect either uneven operating performance or debt market volatility, leading us to believe the company would not secure a refinancing before the term loan goes current in July 2021.”

We could raise the rating if we viewed Academy’s financial policy more favorably, potentially supported by the successful execution of an IPO, refinance of the term loan, and meaningfully reduced private equity ownership to 40 percent or lower. Such a scenario would likely occur along with continued improvement in operating performance resulting in adjusted leverage sustaining below the 5x range.”