A SUP Built For The Pandemic 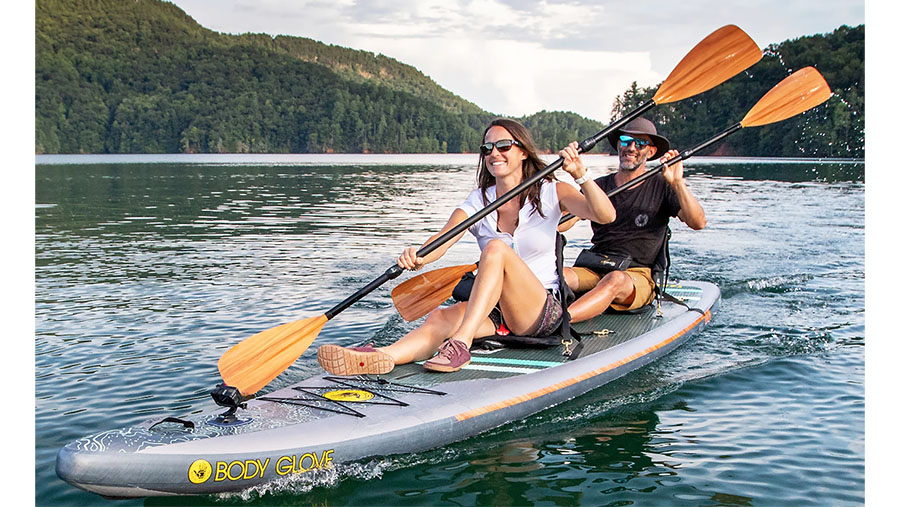 For Hopkins, the pandemic presented problems and opportunity – more people would likely be heading to various waterways, he reasoned, but many wouldn’t have the resources or skill to do so. So he developed the Body Glove Tandem. The bet paid off, with sales growing alongside participation levels.

Here Hopkins tells SGB Executive about his brainstorm and the boom that followed in it’s business because of it.

“I was in Asia when the pandemic started a year ago, January. I did the opposite of what most people did – I ramped up production. I thought that everyone would still need to work and would need product to get outside. So we haven’t had too many inventory issues. The best marketing is delivering.

“Around mid-May last year, something happened in our industry that will never happen again. Everyone went from being depressed and isolating at home almost instantly to saying, “We want to go outside.”

“I found that Google searches for words like kayak, paddleboard and outside went up 400 percent. From a consumer level, that represented a huge growth curve. If there were maybe 9 million paddlers before, that meant that it instantly jumped to 36 million or so. Consumers who were used to going to baseball games were now thinking about going outside instead. And they were all novices who were just getting started. Everyone in paddlesports should be living in a heyday right now.

“The Body Glove Tandem SUP is entirely a result of the pandemic. I didn’t even think of its design until I began studying statistics. I bet on the fact that more people wanted to get outdoors, and that’s what happened. It’s helped those new customers who had family and friends stuck at home. And I have two kids, too, so I’m in the same boat. If it doesn’t work for families, I won’t touch it. 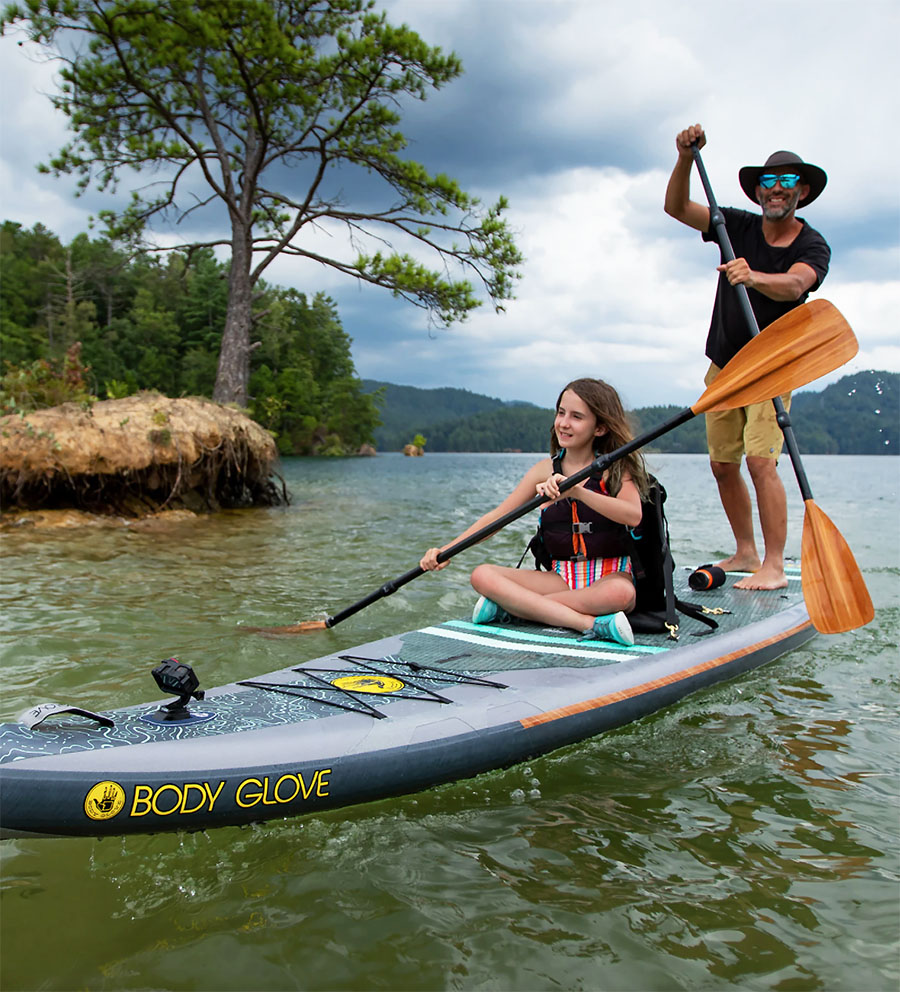 “These new consumers don’t know what they want; they just want to go outside. I wanted to develop a product that delivered the best experience and inspired people to go outside with friends and, more importantly, family. We wanted to develop a product that offered easier and more accessibily, delivering quality at an affordable price. We wanted to help mainstream America get outside. I lived through some of the industry’s biggest challenges, so I’m a good candidate to deliver that kind of business model.

“The Body Glove Tandem and Nautica Double are a tandem paddleboard that also turns into a tandem kayak. It can also be used as either a single or double, giving it more versatility. A lot of those customers didn’t have roof racks, so an inflatable was the best solution. Families want to bring their cell phones and take pictures of their kids and stay connected, so it has storage options for that. Every SUP comes with a cell phone dry bag that goes in the center handle. Customers also need things like water bottle holders, which it has. If you want to go paddling with your kids, you need these things. We’re just trying to make paddlesports more accessible and design products to be more usable.

“It’s been hugely successful. We’ve sold about 500 percent more this year than last year when the SUP first came out. It went from zero to hero very quickly. It’s one of those things that we developed and brought to market quicker than any product we’ve ever launched, and then prayed we were right. We had the first prototype in June last year and then started delivering in the fall. Out of our 45 SKUs or so, about 60 percent are SUPs, 20 percent kayaks and 20 percent hybrids, our overall SUP sales are up about 300 percent this year.

“For 2022, we’re looking at options to include an electric pump with purchase to make inflating easier. It’s all about accessibility and helping out new customers post-pandemic. I’m a product designer at heart and love innovating in a way that helps normal people get outside and have fun.”